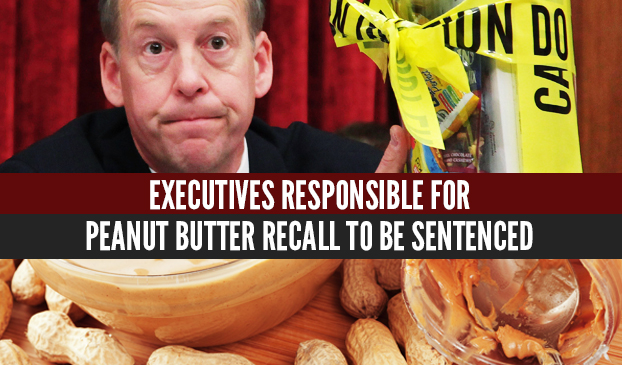 The top executives responsible for the sale of salmonella-tainted peanut butter are set to be sentenced.

Peanut butter has been a snack time favorite for kids and adults since its was invented in the 19th century. It’s chock full of protein, potassium, fiber, magnesium, healthy fats, Vitamin E and antioxidants. But if contaminated with salmonella, it can poison consumers and send them sprinting to the bathroom with uncontrollable vomiting and diarrhea.

Salmonella infection can even cause death — and it has. The 2008-2009 salmonella outbreak hit 46 states, killed nine Americans and poisoned over 700 others. The outbreak led to one of the largest food safety recalls in history.

Former executives of the Peanut Corporation of America are responsible for the outbreak, and they’re finally on the way to being sentenced. After a multiple investigations and a recent two-month trial, top executives have been found guilty of allowing the tainted peanut butter to be shipped out of a Georgia manufacturing plant.

The Case and its Main Players 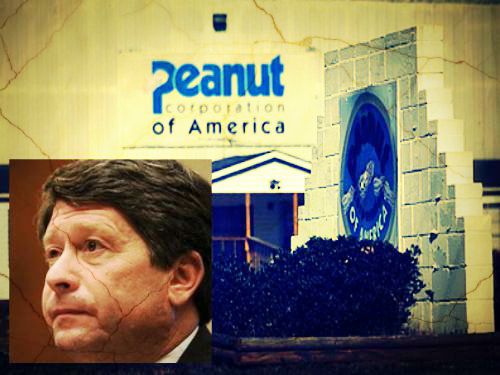 Stewart Parnell is the former owner of Peanut Corporation of America.
Via: DCC Clothesline

Stewart Parnell, the 61-year-old former owner of the Peanut Corporation of America, reportedly knew that the peanut butter was contaminated, but still shipped it out to markets across the United States. The owner had also issued fake results for salmonella tests in order to avoid distribution delays and lose money. Parnell has been charged with conspiracy, obstruction of justice and wire fraud.

“Just ship it. I cannot afford to (lose) another customer,” Parnell reportedly emailed those involved in conducting the contamination tests.

Prosecutors are gunning for a life sentence, asserting that a hefty punishment would fit the seriousness of the crime. Many believe Parnell should be sentenced to life because he threatened to the health of the nation, but others think the sentence is too severe.

“We hope the judge will see that Stewart Parnell never meant to hurt anyone. He ate the peanut butter himself. He fed it to his children and to his grandchildren,” according to Ken Hodges, one of Parnell’s defense attorneys.

This is the first food safety case of its kind that has resulted in possible federal felony convictions. Parnell will be sentenced on September 21 in Albany, GA.

How Did the Peanut Butter Become Contaminated with Salmonella? Salmonella often occurs in feces of animals exposed to the bacteria, or when the infected animal’s feces contaminate a water source. After tracing the outbreak back to the Georgia manufacturing plant, investigators learned that the building was in bad shape.

Investigators found a leaky roof, roaches and evidence of rodents, which are common conditions that breed salmonella. Thankfully, the plant was shut down in 2009 after the company filed bankruptcy. Peanut butter was recalled in 46 states where a variety of different salmonella cases were discovered.
Via:CDC

The outbreak hit 46 states and affected 714 people ranging in age from less than a year old to 91 years old. The average age of the people who became infected was 16.

One of the victims was 78-year-old Clifford Tousignant, who died in January 2009. Tousignant ate a peanut butter sandwich at a nursing home that was contaminated with salmonella.

The victims split $12 million in compensation from Peanut Corporation of America.

One of the victim’s whose family member died from eating tainted peanut butter cried during one of the court hearings.
Via:Fox

The case is all about accountability. Top executives are in a position to seriously influence public health. By putting profits over safety, these individuals facilitated the deaths of nine Americans. The sentencing will be a lesson to any decision maker who may be tempted to repeat Parnell’s mistakes.

“The message it sends is actually a pretty simple one: If you deliberately ship and sell contaminated food, there’s now a good chance you might go to jail,” said Jaydee Hanson of the Center For Food Safety. “That’s good news. The bad news is deliberately shipping adulterated product is not what causes most of the salmonella outbreaks we’ve seen.”