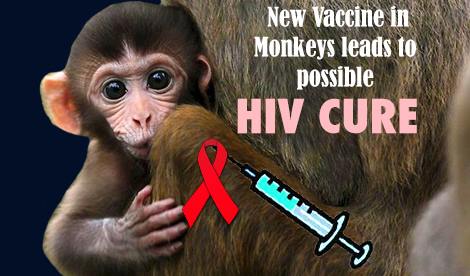 A team at the Scripps Research Institute in California has discovered a new means to fight HIV, which could forever change the way the virus is treated and prevented. A different means of approaching vaccination, the treatment has started to show promise in primates.

The team believes this new treatment could revolutionize HIV and the way it is handled in treatment. The procedure involves changing the monkey’s DNA in already functioning blood cells with a complex gene therapy process. The change in the DNA alters the way in which the monkey produces blood.

After the procedure, the monkeys begin to produce all of the tools needed to fight and inhibit HIV. This treatment has the potential to be used in humans, and the team at Scripps is excited to start human trials as soon as possible.

“This innovative research holds promise for moving us towards two important goals: achieving long-term protection from HIV infection, and putting HIV into sustained remission in chronically infected people,” said Dr. Anthony Fauci of the US National Institutes of Health in an article with BBC.

One of the troubles with HIV vaccines in the past is that they’ve struggled to keep up with the rapid manner in which HIV multiplies and changes in the body. The vaccines produced cannot keep up with the virus, and thus prove ineffective. This new approach is stronger than any antibody in fighting the disease.

This treatment holds the potential to eradicate HIV across the globe. Its effectiveness in treating monkeys and its strength in fighting the virus make it a treatment and prevention option worth paying attention to.