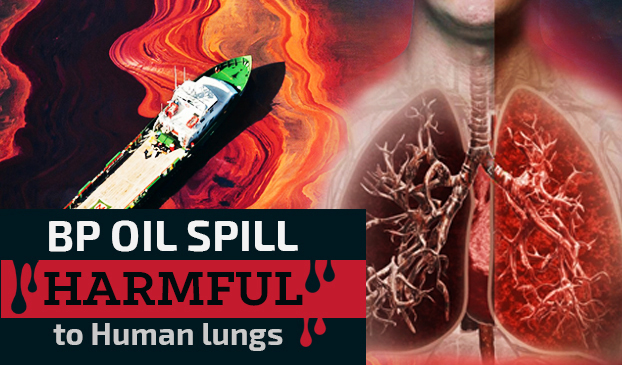 Scientists at the University of Alabama Birmingham have completed a study that leads them to believe that the BP oil spill has been harmful to human lungs.

No shit! Gulf residents have been complaining about “BP Syndrome” for quite some time now.

Ten months ago we reported anecdotal stories from seaside residents about their side effects. They were suffering from lung problems, nervous system damage, blood in their urine, seizures, and temporary paralysis just to name a few of the severe issues reported!

It wasn’t the oil that caused the side effects

The side effects came about from BP’s use of an oil dispersant called Corexit. BP used the dispersant essentially to hide the oil. Instead of floating on the surface for the world to see, Corexit would be used to “cling” to the oil and sink it out of sight from the media.

Will justice be served?

To be fair to the researchers at UAB, scientific studies take time. And their findings are critical in fighting against unjust powers, even when the evidence of Corexit’s side effects is clear as day to anyone willing to take a trip to Lousiana and Mississippi.

With this piece of scientific evidence added to the case against BP, hopefully justice will come.