Now reading: What are the Fundamental Differences Between the GOP’s Healthcare Plan and Obamacare? 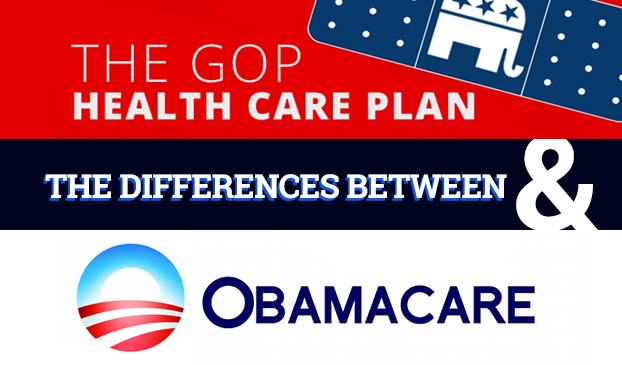 Republicans and Democrats each want to achieve the same goal

If you’ve spent anytime recently trying to wrap your head around the GOPs proposed healthcare plan to determine how exactly it’s different from Obamacare, we feel your pain.

Unless you’re a politician or a lawyer, it’s pretty hard to read all of the jargon and make any real sense of it. In an effort to try and catch you up to speed, and without going into the vast amounts of bullet points each one contains, here is the core difference between the two plans.

First, you’ve got to understand that the healthcare debate is such a hot one because both sides of the aisle have fundamentally different ways of pursuing efficiency. Both Republicans and Democrats want the same thing, which is to tackle the problems within healthcare and arrive at a solution that balances quality of care with fair pricing, but each has a different opinion of how to get there.

Conservatives believe that a competitive market is the way to go. They would use taxpayer money to create a system where American consumers would benefit within a marketplace where insurers would offer very different options. Healthcare coverage and pricing would then be driven by consumer’s choices. Republicans also feel that the federal government’s role in healthcare should be much smaller than it is now. They believe individual states should be responsible for making individual plans easier to get.

Liberals believe the answer lies not in the competitive marketplace but in a centralized design where purchasing decisions are in the hands of the government. Individuals purchase coverage from state and federal insurance exchanges instead of traditional private market providers, and the affordability of plans comes from subsidies.

There. You are now educated on the main difference between the competing plans.

The bottom line is, both the Republicans and Democrats have some good ideas and not so good ideas in each of their healthcare bills. Ideally, for the American people to truly be served and offered affordable healthcare coverage, ideas from both sides of the aisle would be combined into one cohesive plan that would make the most sense.

Will this ever happen? Time will tell.

How to Outsmart a Burglar and Keep Your Home Safe