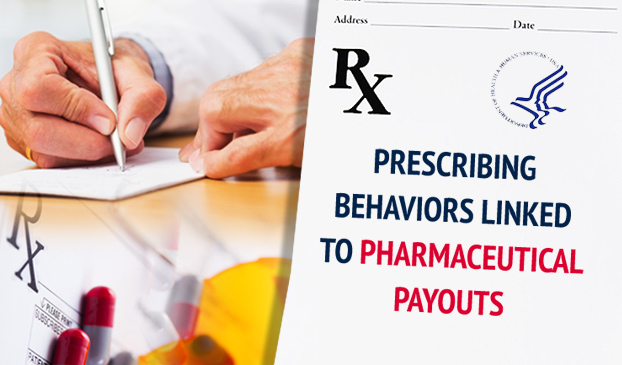 As experts continue to monitor drug maker’s payments to doctors, a serious conflict of interest within the healthcare industry is uncovered.

In 2013, about a quarter of doctors prescribing the majority of Medicare’s drugs received consulting fees or other monetary perks from pharmaceutical companies. More than 400 physicians prescribed at least $1 million worth of drugs in the Medicare Part D drug benefit program, and 23% of them accepted some form of a non-research payment from the corresponding drugmaker in 2013, according to a Modern Healthcare analysis of the Centers for Medicare and Medicaid Services’ (CMS) recent Part D data release and of the Open Payments database.

The Modern Healthcare analysis comes from the CMS’ recent Part D data release and of the Open Payments database, which examined the amount of brand-name drugs prescribed by doctors in comparison to how much money they were receiving from the same manufacturers.

A Valid Argument From Both Sides

A few drugs that are frequently prescribed and called into question in the Modern Healthcare analysis due to the amount of money paid to doctors are Actelion Pharmaceuticals’ drug Tracleer, which treats pulmonary arterial hypertension, and Teva Pharmaceutical Industries’ drug Copaxone, which treats multiple-sclerosis.

The practice of prescribing when a payout is in the equation can cause a serious problem if the drugs have increased chances of risk associated with them. Some experts believe that it compromises doctor’s ability to think in the rational, unbiased way required to choose the best drug for the patient.

However, information about financial relationships between drug makers, biotechnology companies and doctors is not enough to prove a conflict of interest. The nature of the payments, and whether they’re for research or marketing purposes, must be taken into account.

Health professionals who are often paid to give speeches about the drug are often their biggest prescribers, but some believe this illustrates they are experts in their field. In some cases, one doctor’s name will be used to bill Medicare for all the providers in one medical group. Instances like this make it appear as though that  individual doctor is prescribing more of a specific drug  than normal. In other cases, doctors who specialize in treating specific conditions are more likely to prescribe a drug that treats that illness.

It is important to note that the data in the Modern Healthcare analysis may be slightly skewed due to inconsistencies in the databases. The Open Payments database does not include provider identities for 60% of reported payments, and only includes the last five months of 2013. This could indicate that the numbers of prescriptions and payouts are much higher than originally projected.

Some doctors will accept consultation fees and help drugmakers with research, but refuse to take speaking or complimentary payments. If the payment has a scientific purpose, it would naturally stir up less skepticism. Either way, experts say that a conflict-of-interest relationship can have a serious effect on a patient’s trust.

Figuring Out the Future

The CMS claim that there are a range of tools in place to uncover inappropriate relationships between doctors and drugmakers, and some experts believe the United States needs to create a comparative effectiveness organization like the United Kingdom’s National Institute for Health and Care Excellence.

However, according to Dr. Mark McClellan, a former CMS administrator and now a senior fellow at the Brookings Institution, it will be “hard to reach definitive conclusions about whether particular providers or practices are good or bad.”

Patients have a right to know if their doctors are being paid to prescribe certain drugs.

Ask your healthcare provider if they receive consulting, research or marketing fees from the manufacturer of the drug that is being prescribed to you.