Now reading: In Spite of Protests, Shell Allowed to Drill the Arctic 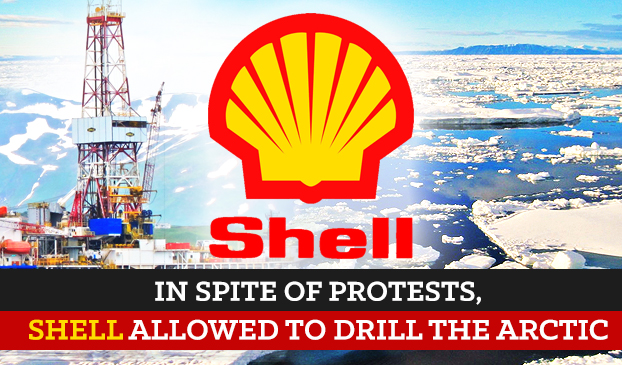 Memories of the Exxon Valdez oil spill have some worried

Shells’ request to start its drilling action in the Arctic Sea was approved by the Obama administration in May, in spite of strong opposition from numerous groups and organizations.

However, the decision does not guarantee full freedom of action to the company. A number of agencies have to give their approval and issue the relevant permits for the work to begin. These will make sure that Shell’s activity does not endanger the environment, nor the marine wild life.

Shell can now take its business in the Arctic Sea and drill for gas and oil, but with certain limitations. The Bureau of Ocean Energy Management said that only the Chukchi Sea is open for exploration. Also, rigorous standards are set for the effective protection of the area.

Even with this decision being taken, environmental groups are keeping an eye on the regulations and the permits awarded. The Arctic is known to be a very vulnerable region, most-notably referring to the thinning and melting of the ice cape and the shrinking number of arctic mammals. Also, the worries are connected to previous drilling actions that led to spills and caused harm to the wild life of the affected regions.

Can this be done safely?

Drilling for petrol and gas has been proven as harmful not only to the environment, but also to human life. Explosions like the one near Mexico in 2010 can end many lives and also waste enormous quantities of oil that would otherwise be put to good use.

There is also one more side to this issue: the difficulty of drilling in this region. As Exxon had to admit after their infamous Alaska oil spill, this is no easy job. Thus, it may require different equipment and techniques than previously used. Shell claims it’s got the right priorities, with the first one being that of preventing oil spills. Thus, the giant has hired leading experts with experience in this matter and who also possess a solid scientific background. These experts should be capable of finding ways to ensure a safe, successful drilling.

In case of system failure

Although there are hardly any details for the public, Shell representatives are trying to be reassuring. The main devices and drilling systems to be used, they say, can be instantly replaced by others in case of failure. This will limit the loss of oil spilled and keep the entire system safe from explosions. Responsive technology is said to be already in use in Alaska and it consists not only of programs, but also of vessels and on-shore teams.

Shell is also forced to stay away from the ice during the cold months. It is allowed to carry on its operations only when the ice is melted (summer and fall). However, all this fails to provide much relief to those concerned with the fate of the Arctic region.

What the opposing voices say

Environmental experts are joining the discussion with a series of strong counter-arguments. First of all, while these positive claims are made, no one can truly guarantee that Shell is doing its best over there in the northernmost seas. Also, the opposing groups have emphasized the lack of proper infrastructure in the area. In case of a disaster, not much can be done and the consequences will be much worse than in other regions. The existing conditions are simply no match no those of Alaska, for example, let alone the Gulf of Mexico.

All in all, the recent events show a stunning inconsistency. Allowing Shell to drill is inconsistent with Obama’s pledge to protect the environment from industrial abuse. Experts are observing the contradictions and are warning of a very likely disaster – if not now, then at least in the coming decades. Some are simply stating that these oil reservoirs can wait until we have the right technology to deal with the harsh conditions of drilling in the Arctic.