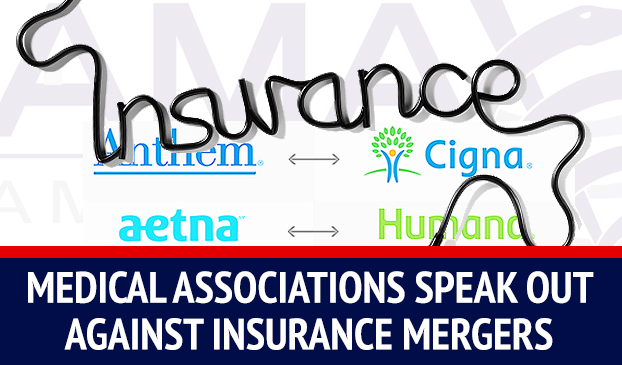 Hospitals, doctors and medical associations are attempting to prevent a big-time insurance merger that could negatively impact patients.

The American insurance market is dominated by five multibillion dollar conglomerates who have the power to set prices, reduce output and impact customer choice.

Two mergers have been proposed that would reduce the number of major insurers from five to three. The proposed mergers would allow Anthem to purchase Cigna and Aetna to buy Humana.

As these large companies attempt to swallow up their competitors, doctors and hospitals are becoming increasingly worried. Health professionals are now using various avenues to speak out against the mergers. 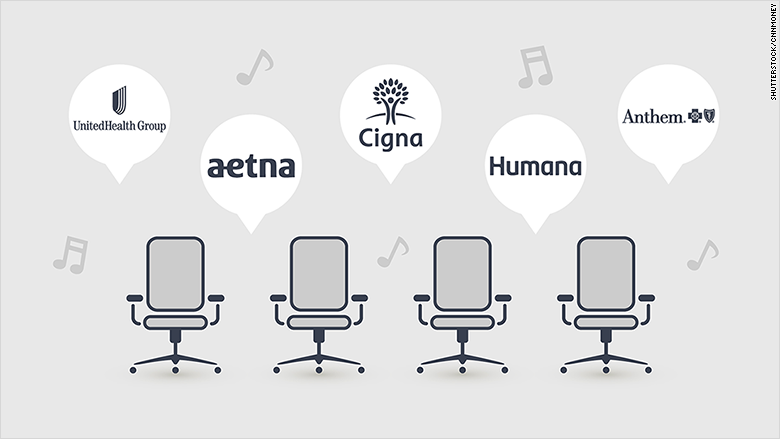 If the merger is successful, the five major insurance companies would be concentrated into three powerful conglomerates.
Image: CNN

Last week, the American Hospital Association sent a letter to the Justice Department that protested the merger between Aetna and Humana. The letter informed the department that the deal would cause harm to Medicare patients by reducing their options for private Medicare Advantage plans.

Private Medicare Advantage plans, defined as “a type of Medicare health plan offered by a private company that contracts with Medicare to provide you with all your Part A and Part B benefits,” provide an alternative to traditional Medicare.

Out of the 55 million Medicare patients, more than 30 percent have elected to enroll in these plans. The proposed mergers could affect 154 metropolitan areas in 23 states, according to the American Hospital Association.

Medical associations have turned to federal antitrust guidelines to argue against the merger. These guidelines assert “mergers should not be permitted to create, enhance or entrench market power.”

“A merger enhances market power if it is likely to encourage one or more firms to raise price, reduce output, diminish innovation or otherwise harm customers as a result of diminished competitive constraints.”

If Anthem is able to absorb Cigna and Aetna is permitted to purchase Humana, the market would become more concentrated. The American Medical Association also believes this would reduce the kind of competition necessary to drive fair prices and promote medication diversity.

But supporters of the merger suggest that criticism may be inspired by a self-interested fear. If insurance companies gain more power, doctors and hospitals would have less. The larger companies could potentially reduce payouts to medical professionals.

However, studies shows that the predictions from the medical associations match data from the Government Accountability Office.

The Affordable Care Act released a study that proved “enrollment was concentrated among the three largest insurers in most states.” The three largest companies insure 80 percent of patients in 37 states. The measurements were taken using the Herfindahl-Hirschman Index, a formula that discerns market concentration.

The Power To Regulate Power

The Department of Justice will investigate how the effects of the merger will impact consumers and the insurance market as a whole.
Image: Tech Crunch

The Justice Department will be able to access additional data when reviewing the mergers. Both houses of Congress are calling for an investigation into the possible effects of the mergers.

The medical association has analyzed competition in insurance markets for 15 years. The president of the American Medical Association, Dr. Steven J. Stack, urges the Obama administration to carefully review the proposed mergers.

“A lack of competition in health insurer markets is not in the best interests of patients or physicians,” Stack said.

A new study from the American Medical Association that details the dangers of the mergers will be published next week.

Insurance companies believe the mergers will help them to collaboratively reduce costs and work more efficiently.  But who would benefit from the cost reduction?

Melinda R. Hatton, senior vice president of the American Hospital Association, isn’t certain that the savings would trickle down to consumers.