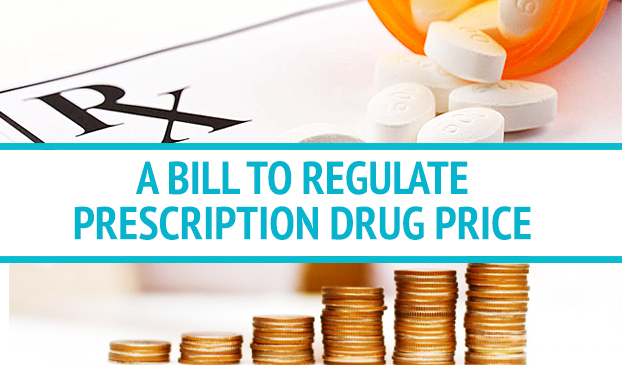 “Feel the Bern,” the slogan of democratic presidential candidate and Vermont Sen. Bernie Sanders, is popularly exchanged among adolescents who favor his platform.

Sanders is known for his opinions on income inequality, universal healthcare, parental leave, climate change, and LGBT rights. The politician’s most recent endeavor, a bill to reduce prescription drug prices, addresses the issue of medicine affordability in an increasingly concentrated and competitive market.

All About The Bill

Bernie Sanders is the face, the creator and the biggest advocate of the bill.
Image: NY Post

The bill is titled the Prescription Drug Affordability Act of 2015. If the bill passes, network negotiations and price changes will begin on Jan. 1, 2016.

Focused on making changes to the prescription drug market, the bill includes nine major areas of focus, including:

Although Republicans notoriously disagree with allowing the federal government to gain a tight legislative grasp on the country, members of the political party have approved some portions of the bill.
Image: The American Nurse

Sanders frequently receives emails from individuals who can’t afford their medication. A 2014 Commonwealth Fund survey found that about 20 percent of U.S. adults didn’t file a prescription because it was unaffordable.

“Well, obviously, they will get sicker and in some cases, they will die,” Sanders said. “This is an unacceptable situation we must fix.”

Pharmaceutical companies allocate the majority of the budget to sales and marketing, leaving little funding for research and development. Sanders believes transparency is necessary to create pricing that has allows the company to make a fair profit at a fair price to consumers.

The bill is aimed at keeping generic drug prices as low as possible, using evidence from other countries to illustrate how serious the pricing problem is in the United States.

“It is unacceptable that Americans pay, by far, the highest prices in the world for prescription drugs,” Sanders said in a statement. “For years, generic drugs have made it possible for people to buy the medicine they need at lower prices. We need to make certain that generics remain affordable.”

In addition, he wants to outlaw the practice of allowing one company to pay another company to keep generics off the market, which stifles competition.

Robert Moffit, a senior fellow, opposes the bill. He asserts that federal regulation of prescription drugs would lower access.

“When the government fixes prices, the government excludes the companies that do not or cannot accept the fixed government prices from participating in Medicare,” Moffit wrote. “That means that all seniors would not get Medicare access to the drugs of those companies.”

Legislators expect to be faced with opposition from Republicans on certain key points. However, the importation of Canadian prescription drugs is supported by both parties.

“In 2013, the U.S. spent nearly 40 percent more on prescriptions per person than Canada, the next- highest OECD spender, twice as much as the average major industrialized country, and nearly five times as much as Denmark,” according to the bill.

It doesn’t make sense for a politician to advocate for free trade and market competition but not support that measure, Moffit said.

“The greed of the pharmaceutical industry is killing Americans,” he said.