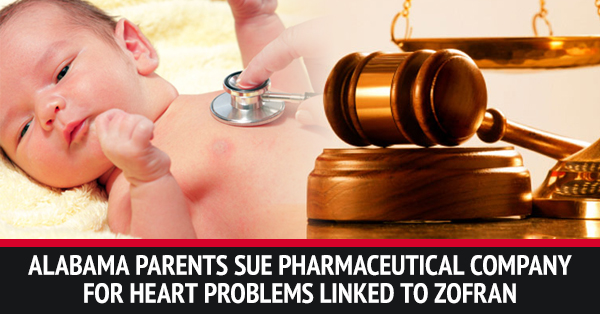 An Alabama family is suing the makers of Zofran to gain compensation for daughter’s congenital birth defects that will require extended medical care and surgeries.

In 1991, the Food and Drug Administration approved Zofran to treat the most severe kind of nausea. The drug was meant for cancer patients who required chemotherapy or radiation therapy.

GlaxoSmithKline, the makers of Zofran, made the decision to engage in the off-label marketing of Zofran, touting it as “wonder drug” for morning sickness.

A family in Alabama is suing the makers of Zofran, alleging that they weren’t properly informed of the risks that led to their daughter’s birth defects. 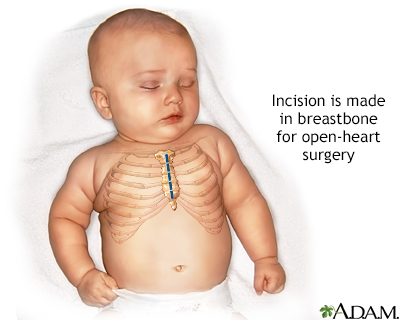 Ciara Legg used a generic version of Zofran to treat symptoms of morning sickness during her first and second trimester. She gave birth to a baby girl on Jan. 23, 2013. When her daughter was born, it was discovered that she suffered from congenital anomalies.

Legg’s daughter had open-heart surgery before her first birthday. She was only 8 months old. Doctors have said that she will need medical care and additional surgeries throughout her life.

The Legg family was never informed about Zofran’s potential to cause cardiac problems, which is the most common defect linked to the drug.  If she had been told about the drug’s potential to cause birth defects, Legg said she never would have taken it while pregnant. The family has since filed a lawsuit.

In the lawsuit, GlaxoSmithKline’s desire to have doctors prescribe the drug as a morning sickness medication is described as a “fraudulent marketing campaign.” The Legg family claims they weren’t properly informed of the risks associated with Zofran.

Because of the fact that their daughter will need additional surgeries down the line, the Legg family has decided to take legal action in an effort to gain “compensatory and punitive damages” and “equitable relief.” The money will be used to pay medical, incidental and hospital expenses.

“As a direct and proximate result of GSK’s conduct, the plaintiffs and their daughter have suffered and incurred harm including severe and permanent pain and suffering, mental anguish, medical expenses, and other economic and noneconomic damages, and will require more constant and continuous medical monitoring and treatment than had they not been exposed to the drug,” according to the legal complaint.

If you took Zofran while pregnant and if your child was born with birth defects, then you might be entitled to compensation for this medical side effect.

Request a free, no-obligation case evaluation now to see if you qualify.