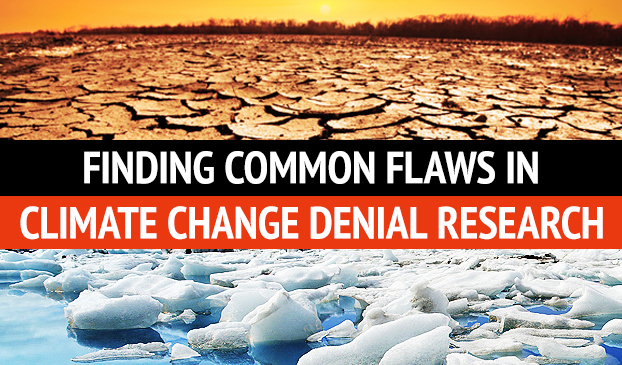 A contrarian is defined as “one who takes an opposing view.” When trying to denounce the idea of climate change, contrarians often refer to Galileo Galilei, a famed astronomer who often rejected the consensus.

Today, 97 percent of experts have reached a consensus about the existence of global warming, whereas about 2-3 percent disagrees with the majority. When scientists decided to explore contrarian theories, they found common errors across 38 research papers that deny climate change. Contrarian science cites the sun, planetary cycles or ocean cycles, but there’s no consistent alternative reasoning that has been agreed on by all contrarians.
Via:ZME Science

Researchers compared contrarian climate science conclusions in a study published in the journal of  Theoretical and Applied Climatology. They attempted to replicate contrarian findings, but ended up realizing that many of the same mistakes appeared throughout the research.

The research was conducted by Rasmus Benestad, Dana Nuccitelli, Stephan Lewandowsky, Katharine Hayhoe, Hans Olav Hygen, Rob van Dorland and John Cook. The scientists used a tool to analyze the most popular research papers that was based on an R programming language.

“We specifically chose a targeted selection to find out why they got different answers, and the easiest way to do so was to select the most visible contrarian papers … Our hypothesis was that the chosen contrarian paper was valid, and our approach was to try to falsify this hypothesis by repeating the work with a critical eye.

If we could find flaws or weaknesses, then we would be able to explain why the results were different from the mainstream. Otherwise, the differences would be a result of genuine uncertainty,” according to Benestad, a lead study author.

The tool checked research methods and results and found a few common themes:

Many world leaders continue to pump pollution into the atmosphere, using contrarian research to deny the effects of climate change.
Via: Church Militant

The study only examined the most popular contrarian papers, which means more errors could potentially be found if the study was expanded. Although these kind of methodological errors could also occur in research that supports climate change, the study concludes that these mistakes were the norm and not the exception.

Perhaps one of the most interesting arguments against contrarian research is that there is no other concise theory for what is happening to the planet. Contrarian science cites the sun, planetary cycles or ocean cycles, but there’s no consistent alternative reasoning that has been agreed on by all contrarians.

“After all this, the conclusions were surprisingly unsurprising in my mind. The replication revealed a wide range of types of errors, shortcomings, and flaws involving both statistics and physics,” Benestad said.