Now reading: Are America’s Children At Risk For Lead Poisoning? 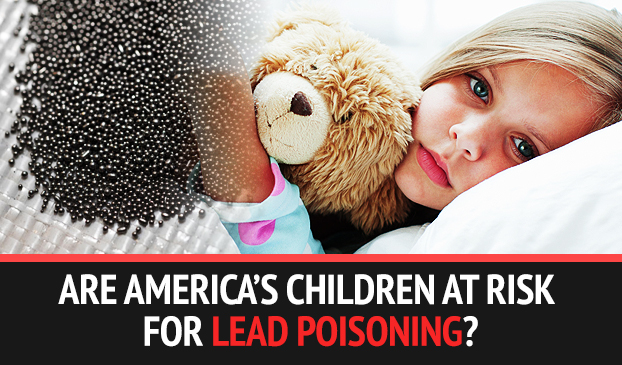 Researchers have been increasingly concerned about high levels of BPA in school lunches. Now, it seems like school water sources may also be dangerously contaminated.

Tests conducted at schools in Flint, Michigan, showed unsafe levels of lead in the water that had been sourced from a nearby river. The levels of lead found in Flint water sources were above federal safety standards. This could be partially caused by cuts to funding for the children’s lead-screening program.

A few years ago, the Centers for Disease Control and Prevention had $29.2 million allocated to the program. The funding was then cut by 93 percent.

But cuts to the lead-screening program isn’t the only culprit.  In April 2014, the financially troubled city disconnected from Detroit’s water system, now known as the Great Lakes Water Authority, in an attempt to save money.

The city began using water from the Flint River, which had absorbed lead leaking from the pipeline. Although the budget went up to $15 million last year, the screening program for children was still cut by half.

A report from the National Center for Healthy Housing in Columbia, Maryland believes the spike in contamination is caused by the lower staff numbers, specifically for outreach and education in vulnerable populations.

“Kansas has no lead program,” Lowry said. “Missouri thinks it’s an important one to have.”

Lead exposure can cause lower intelligence in children, lessen self-control in teens and cause criminal behavior in adults, said Professor T. Lyke Thompson, director of the Center for Urban Studies at Wayne State University in Detroit. The most frightening truth, however, is that the effects of lead poisoning can be permanent.

A 2011 Health Affairs analysis that calculated the societal costs of childhood lead poisoning, such as lower lifetime productivity, totaled $50.9 billion in 2008.

“Lead is ever-present in places where there is older infrastructure and older houses,” Thompson said. “You can deny its existence, but it will catch up to you.”

Dr. Mona Hanna-Attisha, a pediatrician at Hurley Children’s Hospital in Flint, compared the amount of lead present in children in 2013 to the presence in 2015. It was during this timespan that the city switched from Lake Huron water to Flint River water.

The amount of children in Flint with 5 micrograms of lead per deciliter of blood doubled since 2015. The levels present in children in Genesee County were much lower, increasing only slightly. The children who are most affected are economically disadvantaged, living in lower-income housing.

“What’s sad is there is already a disparity in lead poisoning, but now the disparity is widening,” Hanna-Attisha said. On Thursday, Michigan Gov. Rick Snyder created a plan that would connect the city’s water system to Lake Huron. The plan would cost $12 million to funnel water from Detroit’s system.

The plan is one of many attempts to combat lead poisoning with an increase in government spending, which requires approval from the state legislature before it can be implemented.

When the CDC cut lead safety standards from 10 to 5 micrograms per deciliter of blood, the government cut its spending.

“When they reduced it to 5, that redefined half a million children as having an elevated level,” Lowry said. “That’s the same year they took all the money away.”

If children are found with high levels of lead in their blood, investigators often inspect the home to find the source and stop the exposure.

The study was frightening, but researchers hope Gov. Snyder will make a change to the Flint water system. Flint will begin using Lake Huron water until an 80-mile, $274 million pipeline that pulls water from Genesee County is up and running next summer.

“There is no safe blood level for lead, so let’s prevent the exposure from happening in the first place,” Lowry said.