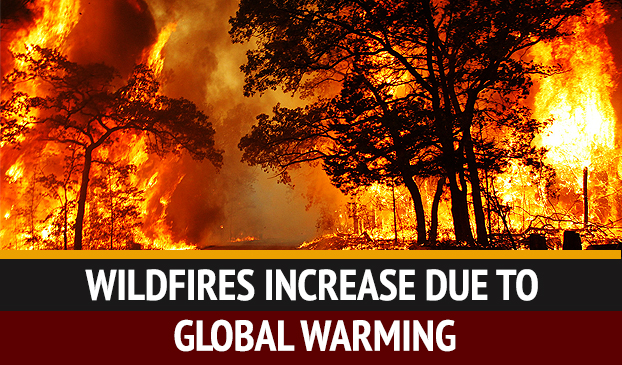 By studying historical wildfire patterns, researchers linked the increase in burning in the Western hemisphere to even the slightest instances of global warming.

Wildfires in the Western part of America have been doing more damage in recent years than ever before. Scientists have discovered a reason for the spike.

A recent University of Wyoming study shows the increase in expansiveness, frequency and intensity of wildfires is caused by the effects of global warming.

The study analyzes the history of wildfires across a subalpine forest in northern Colorado over the past two millennia.
Image: Science Blogs

The study was conducted at the University of Wyoming and published in the Proceedings of the National Academy of Sciences. It proves that the small instances of warming are linked to the monumental increase in wildfires.

The researchers evaluated charcoal samples from 2,000 years of wildfires that were taken from lake beds in a subalpine forest, which is located above 8,000 feet in northern Colorado’s Mount Zirkel Wilderness. They measured an increase in wildfire frequency throughout history and compared the results to the circumstances of warming today.

The Medieval Climate Anomaly (MCA) was 1,100 to 1,200 years ago at a time when the warming was similar to present day. The average temperatures in Northern Colorado were 0.5°C warmer than they were a century before.

Before this period, about 50 percent of the sample sites burned each century, increasing to 83 percent during the MCA and declining to 33 percent afterward. The majority of sites burned every 360 years prior to the MCA before burning every 120 years during the warm period at a 260 percent increase.

The temperatures cooled, but only after the fires began to stop. Researchers attribute this to a lack of forest left to burn.

They found that even a minimal increase in average temperature, about 0.5°C (0.9°F),  could alter wildfire activity at higher elevations. The study shows that the planet may be entering into a new era of high-elevation wildfires incomparable to the last 1,000 years.

Record-breaking droughts and sweltering heat have caused more than 50,000 wildfires affecting more than 9 million acres in the West and Alaska in 2015. Since 2006, the recent warming-induced wildfires have destroyed the most land.

Alaska temperatures have risen by 3°F in the last 50 years which is the estimated cause of wildfires. The study suggests that every 1°C (1.8°F) of warming causes an area burned by wildfire in the West that could quadruple.

“The large increase in the number of sites burned by fires highlights the risk that large portions of individual landscapes may burn as climates continue to warm today,” according to the study.
Image: Emergency Journalism

The study is the first to discover how much land across an entire mountain range burned over a period of 2,000 years. This shows that large wildfires similar to those burning today occurred during a temperatures increase, the study’s lead author, the University of Wyoming Ph.D. candidate John Calder, said.

“When we look into the past for evidence of these large wildfires we only see them one time when temperatures rose about 1°F,” he said.

“Our study then adds more evidence that the recent increase in large wildfires is related to climate change because the only time we see these types of large wildfires in the last 2,000 years was when we had a similar amount of warming.”

However, the information is only relevant to dense, high elevation forests whereas the Colorado wildfires that burned at lower elevations are not included.

The study provides evidence that the West may be entering into a new phase of catastrophic wildfire at high elevations, where severe fires typically burn less often because of cooler temperatures and greater moisture.

Tania Schoennagel, a research scientist at the University of Colorado’s Institute of Arctic and Alpine Research, believes the study provides an important link between wildfires and climate change. It sheds light on the fact that scientists can expect what will happen with current and future warming.

“The MCA is a good analog for recent warming, and a larger proportion of the study area burned during the beginning of the MCA than we have witnessed recently in similar subalpine landscapes,” she said.

“However, the regional trends in wildfire across the West this year reflect the study’s findings of wildfire increases in response to warming,” Schoennagel said. “We should expect more of the same to come.”