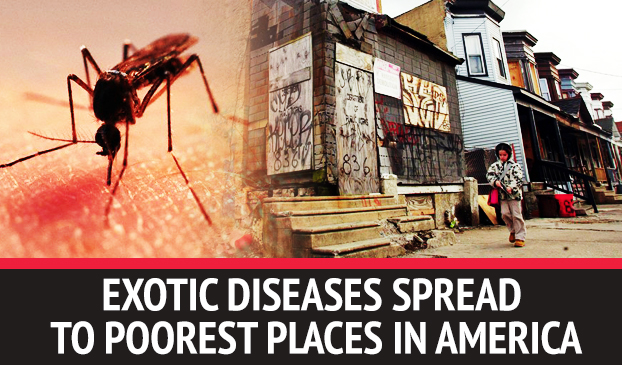 Evidence shows that exotic illnesses not usually found in the United States are popping up in the poorest areas of the nation.

Known as neglected tropical diseases, these parasites and bacteria affect 1 billion people globally, according to the Centers for Disease Control and Prevention.

What Are Neglected Tropical Diseases?

The World Health Organization estimates that more than one-sixth of the world’s population suffers from at least one neglected tropical disease.
Image: PLOS

About 12 million U.S. residents have a neglected tropical disease, according to Dr. Peter Hotez, founding dean of the National School of Tropical Medicine at Baylor University’s College of Medicine. The study was conducted by Hotez and his team of researchers in 2014. It was later published in the journal PLOS.

Researchers discovered that tropical disease was most common in the poorest populations living in the world’s top 20 major economies.

“We already have dengue (and chikungunya) in Texas and in the Gulf Coast, and I think we’ll start to see transmission of both diseases in the coming years,” Hotez said.

The diseases are classified as neglected because they have been largely ignored by the medical community despite their creeping growth. Health professionals haven’t focused on finding ways to prevent or treat tropical diseases because they come with few or mild symptoms that do not usually lead to death.

The amount of cases of chikungunya in the United States hit 2,700 last year, according to the CDC. Recently, 39 states had reported a total of 510 cases in 2015.

The spread of another disease, called Dengue fever, has been of increasing concern to scientists. About 300 million people in Southeast Asia and Latin America are currently affected by Dengue fever.

Dengue fever is transmitted through a mosquito called the Aedes aegypti. The Aedes aegypti, attracted to calm bodies of water and warm climates, has been seen in Florida and Texas.

This means there is a greater chance the disease-carrying mosquito will become native in these areas. The disease may also mutate and spread to other species of mosquitoes in the U.S.

Children living in low-income housing with poor sanitation have the highest risk of developing neglected tropical diseases.
Image: All Len All

The real problem behind these diseases is their long-term effects on children. The diseases could be debilitating for the physical and cognitive development in children raised in poverty, who are already at an economic disadvantage.

The majority of children who will contract these diseases are living in low-income housing conditions with poor sanitation. Because of the contaminated environment, these groups is more susceptible to neglected tropical diseases. 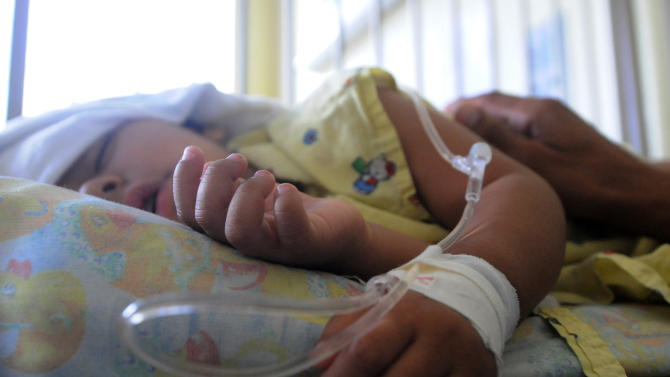 The United States has contributed funding to prevent and treat diseases abroad, but critics claim that the government needs to direct efforts to its own at-risk communities.
Image: Yahoo News

For the past nine years, the United States has contributed to the global effort to provide drugs that prevent or treat the seven most prevalent neglected tropical diseases, including hookworm, trachoma, river blindness and elephantiasis. The effort also attempts to improve sanitation and access to clean water in developing countries.

However, these programs have not been implemented in the United States. The lack of awareness about tropical diseases is particularly strong in impoverished areas, in addition to the fact that public health departments and hospitals are not equipped to take on crises related to tropical diseases.

Louisiana spends about $15 a year on public health for each resident. The state reported 10 cases of chikungunya and one case of dengue fever last year.

The Robert Wood Johnson Foundation conducted a study in 2014 and discovered that only half of states can efficiently detect, diagnose, prevent and respond to a disease threat.

According to Hotez, the Ebola outbreak in West Africa gave a new meaning to preparedness. The lack of readiness in dealing with the Ebola epidemic has prompted other nations to find new ways to face unexpected diseases.

Developing vaccines for tropical diseases, in addition to hospital preparedness, is extremely important. Many critics believe that Ebola could have been contained if these concerns had been addressed.

Later this month, the world’s top infectious disease experts will meet at the American Society of Tropical Medicine and Hygiene to discuss ways to improve the understanding of these diseases and how to prevent them.

According to Hotez, tropical diseases are neglected by the American medical community because they disproportionately affect the poorest individuals. He believes this will only change when the diseases spread to higher socioeconomic classes.