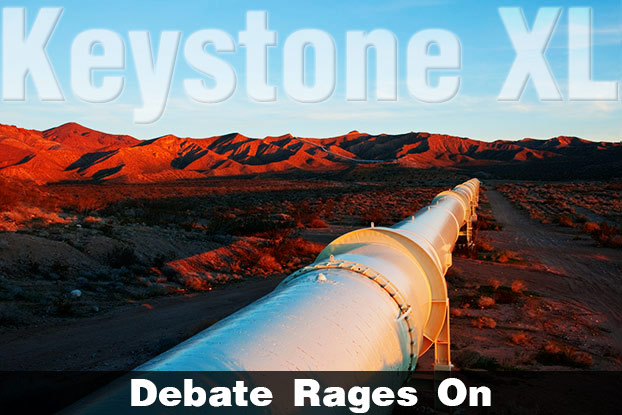 The politically charged debate surrounding the expansion of Canada’s Keystone XL Pipeline into the Midwestern United States continues. Although many assert the project still has merit, a prominent argument based on the falling price of oil insists that it no longer makes financial sense.

As outlined in a previous CitizensReport article, the pipeline extension has created much controversy, pitting Republicans against environmentalists who are concerned about further exacerbating the ominous effects of climate change. However, with the plunging price of oil in the global market, analysts project that profits from the pipeline would no longer amount to enough to break even.

While analysts believe that oil prices will continue to drop, Saudi Arabia plans to maintain current production in an effort to make “Canadian oil sands output too costly in the American marketplace.” According to The Fiscal Times, Canada is a threat to the nation’s industry dominance, causing them to wage a price war. Extracting oil from Canadian tar sands is extremely costly, and the competition from Saudi Arabia is an added impediment.

Republicans Refuse to Give Up

As the GOP moves to control both houses Congress in 2015, the bill becomes more likely to pass. Despite realistic protests from multiple interest groups, rising Senate Minority Leader Mitch McConnell announced that he plans on making the Keystone XL Pipeline bill his first piece of legislation, according to the Huffington Post.

The consensus for the GOP is that the receding prices are a temporary effect of market adjustment, and that the pipeline would create energy security and further the nation’s alliance with Canada.

“You cannot make major national policy decisions based upon the oil price of the day. We know from our own experience that oil prices will fluctuate and change up and down,” Gov. Chris Christie said in a CNN article. “This provides us with another foundational piece for strengthening the geopolitical position for North America.”

Because the pipeline would terminate in Nebraska, the State Department has delayed releasing its environmental review until 2015 when a decision on a related lawsuit from the Nebraska Supreme Court is made. As an effect, Barack Obama has yet to issue a presidential permit that asserts the pipeline is in our national interest, allowing it to cross an international border.

However, Obama has been open about his skepticism, believing the project would only provide long-term economic benefits for Canada. He claims that it would not lower gas prices in America, and that the job creation would be temporary. As well, the president agrees that the pipeline would negatively affect the fight against climate change.

The Debate Rages On

The debate has political, environmental and economic implications. If the GOP-led Congress comes to a majority agreement, it could block Obama’s veto. Although much has changed in the six years that the project has been introduced, it may now possess the necessary political backing for authorization.

The debate about the intended benefits and consequences of the pipeline rages on. But without high oil prices, it seems that it is not feasible for TransCanada to earn profits from the project. However, the question of whether or not the Keystone XL Pipeline will actually be built still remains unanswered.