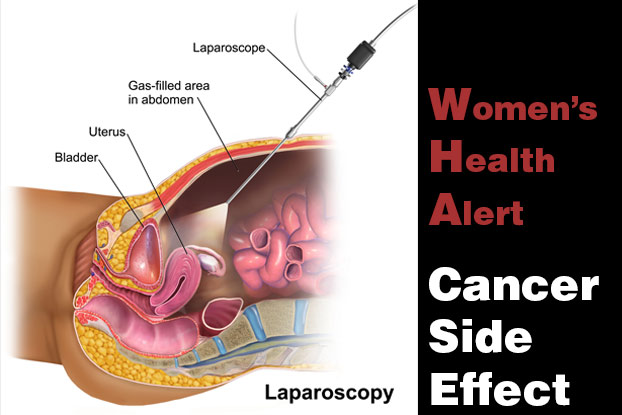 Laparoscopy is a medical procedure that removes unwanted tissue through a long, thin, flexible tube called a laparoscope with a fiber-optic camera at its end. Laparascopy is often touted as a faster, safer, less invasive alternative to abdominal surgery that involves large incisions, such as heart bypasses, hernias and kidney stones.

Although laparoscopy is less invasive and generally safer than abdominal surgery, it comes with its own risks and side effects. Potential complications include organ damage, electrode burns, blood clots, infection and even death. One of these dangers threatens women in particular.

Surgeons began using laparoscopy for the removal of uterine fibroids as an alternative to abdominal hysterectomy and myomectomy, which are both complicated procedures with long recovery times. Fibroids are uncontrolled growths on the uterine wall which can cause pelvic pain as well as heavy menstrual bleeding and miscarriage in premenopausal women.

Now women all over the world are preparing mass tort laparoscopy cancer lawsuits against manufacturers who ignored the laparoscopy cancer side effects of devices called morcellators used in laparoscopic procedures to remove uterine fibroids. Johnson & Johnson has already recalled all of its morcellators and health authorities worldwide are investigating the cancer risk posed by these devices.