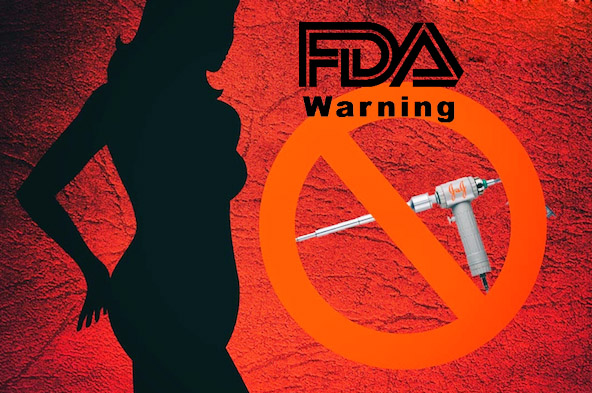 An increasing number of lawsuits are being filed against the manufactures of a device used in a surgical technique known as power morcellation – a procedure to perform hysterectomies on women. The technique allows for an easier removal of a woman’s uterus than was ever previously possible. The device was introduced in 1993 and has become popular with doctors performing hysterectomies. The controversy over the procedure has only recently come to light following many morcellator lawsuits and many women are calling on the FDA to ban the devices.

The main risk involved in using power morcellation to remove the uterus is the spread of leimysarcoma cancer, a highly aggressive form of cancer found in the uterus. This form of cancer has been known to spread to both the abdomen and pelvis. Numerous deaths have been attributed to leimyosarcoma cancer. It is often not tested for prior to performing the surgery and can lie dormant without symptoms before the morcellation is performed. Many women have claimed that they were never informed of the great risk that comes with the use of a Gynecare Morcellator. Because of this, Morcellation hysterectomy cancer lawsuits are on the rise.

Morecellation leimyosarcoma recently killed a women in New York two years after a power morecellation procedure was performed. On January 26, 2015, Dr. Amy Reed published a massive critique detailing the severe failings of the FDA in limiting the use of the power morcellation. Dr. Reed was diagnosed with leimyosarcoma cancer after receiving a hysterectomy in 2013. She worries that many lobbyists have prevented morecellator cancer lawsuits from receiving the public attention they deserve.

“Because these women were harmed by ‘life-saving devices’; bearing a seal of FDA authorization – and because their cancers were spread by our own doctors using an unsafe practice that is claimed to ‘benefit the majority’ – our federal government and its agency stands lethargic and ambivalent, ” said Dr. Reed in an article from Philly.com. This is a scary prospect for many women who could be having power morcellation surgery without being informed of the serious risks of morcellation cancer the procedure poses.

A team of Canadian researchers also published a study that found that power morcellation poses dire health risks for women receiving hysterectomies. Morcellated cancer lawsuits will continue to rise if these risks are not addressed. The Canadian study found that many women with leimyosarcoma cancer do not show any symptoms before the morcellator surgery is done. This lack of symptoms leads many doctors to operate without the knowledge that cancer could be spread. The study found that around one percent of women undergoing the surgery had leimyosarcoma cancer. This is a small number, but it differs greatly from the FDA’s current estimate. A large amount of these women later went on to file a leimyosarcoma lawsuit.

In November 2014, the FDA announced it would require doctors to give patients a warning about the use of power morcellators. They also issued a safety alert for women that may be undergoing power morcellator surgery. The number of morcellator cancer lawsuits continues to grow. Hopefully the FDA’s attempts and studies will reduce the number of cases of leimyosarcoma cancer and save lives. Many fear the FDA’s actions are not enough.

Women who developed Uterine Cancer, Stomach Cancer or Leiomyosarcoma (LMS) after undergoing Fibroid Removal or a Hysterectomy may be eligible for legal compensation. Their lawsuits are against the power morcellator manufacturers for designing an instrument to be used in an unsafe manner.

Women who have had this cancer side effect are urged to consult with an attorney that has low fees and no risk. If you’ve been the victim, then Click here to receive your free case evaluation.