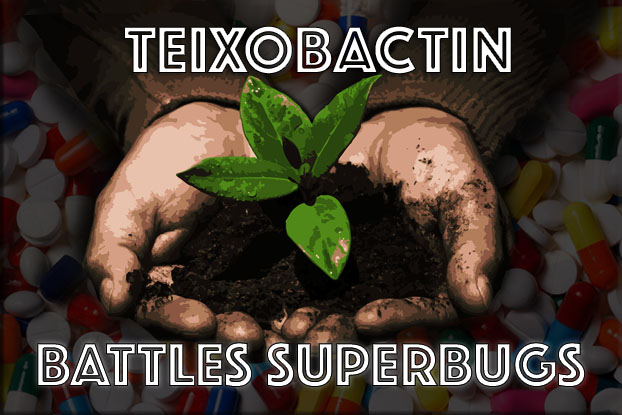 When most people think of New England, they think of clam chowder and pilgrims. They don’t usually think about the soil and the possibility that it holds the key to fighting antibiotic-resistant bacteria. The newest antibiotic to be discovered in nearly 30 years, and one that is being touted by health experts as a ‘paradigm shift’ in the fight against the growing resistance to drugs, has been under our feet all along.

Scientists in Massachusetts had always suspected the surrounding soil was rich with potential new antibiotics, but they were never able to figure out a way to grow 99 percent of the microbes in laboratory conditions. No microbe growth, no life-saving drugs.

Finally a team of scientists from Northwestern University figured out a way to use an electronic chip to get those little microbes in the soil to grow, allowing the scientists to then isolate their antibiotic compounds. The compound that seems to have the greatest life-saving potential is Teixobactin.

Are Antibiotic-Resistant Bacteria a Thing of the Past?

Teixobactin has been found to treat numerous common bacterial infections such as clostridium difficile colitis, tuberculosis and septicemia. The experimental drug actually cured mice infected with normally antibiotic-resistant staphylococci bacteria, an infection which usually kills 90 percent of the rodents. Teixobactin could be the answer to a major problem currently existing with most antibiotics, which are becoming less and less effective at killing resistant strains of bacteria. The World Health Organization has classified antimicrobial resistance as a serious threat to every region of the world.

In fact, according to a new report commissioned by U.K. Prime Minister David Cameron and published as a Review on Antimicrobial Resistance, drug-resistant infections currently kill more than 50,000 individuals every year in Europe and the United States. Globally, the death rate for these infections is estimated at 700,000 per year. Experts in the health industry have weighed in on the crisis and predict that, if not stopped, these “superbugs” could one day be responsible for more deaths than cancer. If scientists can’t find new methods to treat these resistant bacteria, it is estimated that the global death rate could increase from 700,000 to 10 million by 2050.

These startling figures certainly highlight the joy rippling through the scientific community over this latest discovery. But the reality is it will likely be another 10 years before Teixobactin makes it to market. The drug has yet to be tested on humans, and before those tests can even begin, several other measures must be taken. But Forbes recently reported that NovoBiotic Pharmaceuticals, the company working on Teixobactin, hopes to cut time to market in half.