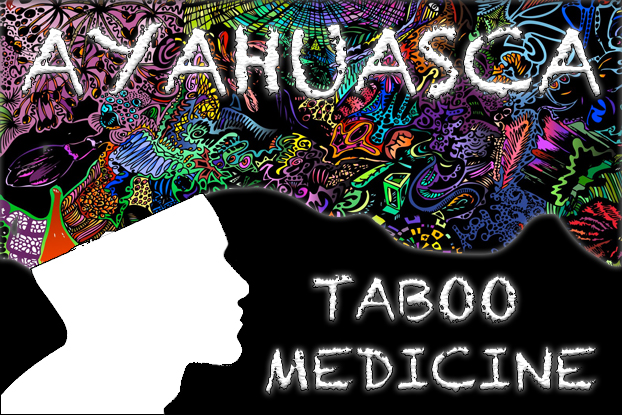 The connection between the mind and body is as unbreakable as it is complex. Human beings are unique organisms, leaving health professionals with the never-ending task of uncovering different remedies for disease. Despite all that remains undiscovered, policymakers wield the power to regulate substances, choosing to acknowledge some as medicine and disregard others as dangerous.

It is no secret that FDA-approved prescription drugs can have serious side effects. Because of this, it is possible that prohibited or peculiar treatments could possess unknown medicinal benefits. If our worldview is based on our culture and society, it takes careful consideration to better understand the differences between Western medicine and traditional healing.

In our Taboo Medicine series, we challenge our readers to rethink the definition of medicine. In this article, we ask you to consider how altering the chemistry of the body can also influence the mind to treat afflictions of consciousness and perception.

Ayahuasca is an age-old indigenous medicine that is gathered from the Amazon Rainforest and used throughout South America, specifically in Peru. Served as a tea, ayahuasca is used to treat a variety of issues and trauma-related conditions, such as PTSD, insomnia, depression, anxiety, addiction and more.

Known as the spirit vine, Ayahuasca is a plant-based brew that produces hallucinogenic effects credited with spiritual healing. The active ingredient in the mixture is dimethyltryptamine, or DMT, which is a chemical that imitates serotonin and facilitates dreaming in living things.

According to CNN’s episode of “This Is Life With Lisa Ling: Jungle Fix,” “DMT accelerates or enhances communication in the brain between areas responsible for sense of self, emotion and perception. Scientists believe this induces a dreamlike or hypnotic state that triggers personal revelations and new ways of thinking about old traumas.”

However, there is a common misconception about the components of the concoction, according to Victoria Jara, a 23-year-old  researcher at AyniGlobal and a graduate of New College of Florida with a degree in biological psychology.

“The ayahuasca brew is not just one plant, but rather it is a cocktail of two different plants, the vine Banisteriopsis caapi (ayahuasca bark) and the leaves of Psychotiria viridis (chacruna),” Jara said. “The latter is actually the DMT-containing component, and the ayahuasca vine is the MAOI.”

The Process of Ritual Healing

“An ayahuasca ceremony is filled with meaning and ritual that go beyond the actual effects of the brew,” Jara said.

The ayahuasca ceremony is lead by an experienced spiritual guide or shaman, who prepares the plant mixture and oversees the treatment. According to Jara, it takes several ceremonies for people to get the full healing process. The shaman may contribute to the overall experience by engaging in ritual chanting or blowing smoke over the top of the head, as seen in the Richard Meech documentary film “Vine of the Soul.”

Ania Kruszewska, a 47-year-old yoga instructor and massage therapist, has participated in multiple ayahuasca ceremonies since her first experience in Puerto Rico in the summer of 2012. A year later, she traveled to Peru for a Shipibo workshop at the Temple of the Way of Light, where she participated in seven ceremonies over a period of two weeks. Kruszewska has also done a handful of ceremonies in the in the United States at a Brazilian Church called Union de Vegetales.

“My first experience was so powerful that it shifted my perception the world,” Kruszewska said. “I experienced many visions always accompanied with very profound personal messages. And visions didn’t seem like hallucinations, but rather, they gave the feeling of real, lived experiences.”

Intense reactions to the drug are not uncommon, as purging is an expected part of the cleansing process. In “Vine of the Soul,” the process appears exhausting, but as individuals participate in multiple ceremonies, they report reaching a deeper level of understanding and self-awareness.

“I felt that the Ayahuasca tea, by entering my body, was illuminating it from within,” Kruszewska said. “I had a vision that ayahuasca went into every cell of my body and dislodged any negativity or illness from within the cell and brought it out, in the form of strong purging that actually felt great, relieving and needed.”

The tea, which is culture-based but spiritually derived, is believed to help create a connection between the individual and universe, offering glimpses into of other levels of reality. The psychedelic effects of the treatment reportedly allow the individual to hear a guiding voice or presence. This is why ayahuasca is sometimes referred to as plant teacher or spirit mother.

“Towards the end of the session there were less visions and more messages that felt like they were being downloaded into my brain. The messages were pertaining to my particular situation, and they seemed like answers or gentle suggestions for improving what wasn’t working in my life,” Kruszewska said.

After the treatment ceremony is complete, patients are meant to feel self-assured and at ease. Ayahuasca allows participants to let down their walls to disconnect from the ego and relieve past traumas. The experience is credited with creating life-affirming harmony. Kruszewska believes it leads to expansion of the mind, which she described as the divine, sublime energy of love permeating the whole universe.

“At the end of the session I felt a humbling, unbound deep sense of gratitude. The tears of joy quietly streaming on my cheeks,” Kruszewska said. “The gratitude for life itself, for this precious gift that life is. The knowing that we are the life, and it never ends.”

“The session left me in a state of clarity and deeper perception. My mind seemed more open and vast. My heart free and humble. I gained a sense of profound acceptance of joy and lightness. I felt that I am and always will be fine. Even in the face of death.”

“In traditional and mestizo societies, the ayahuasca brew is sacred. The brew is mother or grandmother ayahuasca, she is the doctor ayahuasca. She is the portal to the spiritual world, allowing the shaman to communicate with other plant spirits to help in healing,” Jara said.

In Western societies, the potential medicinal benefits of indigenous plants are at times unrecognized. According to the Drug Enforcement Administration, ayahuasca is labeled as a schedule I substance, which is defined as having “no currently accepted medical use and a high potential for abuse.” For this reason, Westerners travel to South America to experience authentic weeklong healing ceremonies.

“Traditionally in indigenous communities who use ayahuasca to heal, it is only the shaman who takes the brew, not the participants. However, I believe that the cultural context of the ceremony, i.e. Western or traditional, creates the therapeutic effect of the brew,” Jara said. “For Westerners, consumption of the brew is necessary to believe that the ceremony will have a healing effect.”

This has led to a rise in global ayahuasca tourism, which is booming in countries such as Peru and Ecuador. The treatment has also been brought to the U.S. and is reportedly growing in popularity, according to the Huffington Post. But because the Western use of the drug is not rooted in ritual, its transfer is unparalleled. For this reason, the safety of its use is called into question.

“The benefits are present and are definitely being actively investigated. I believe the brew can offer what the consumer is expecting it will offer, and that is how I feel about most substances,” Jara said. “I personally think that the Western consumption of the brew is problematic and needs to be carefully approached.”

Are Psychedelic Trip and Treatment Interchangeable?

Kruszewska credits these ceremonies with reviving her trust in the world and ending her spiritual crisis. She also refers to one friend who no longer needed antidepressants after the ceremony, and another who kicked an addiction to cocaine. It has been used as a cure for sexual or combat-induced trauma, low self-worth and deficient emptiness. But the question of whether the medicine is dangerous and worthy of its schedule I classification remains unanswered.

“I believe that the different contexts the brew is consumed in are dangerous. The brew could potentially be dangerous for those people who have pre-existing conditions that might not mix well with the biochemical effects of the brew, i.e. heart conditions,” Jara said.

Kruszewska is confident in the healing effects of the brew, but she does not recommend it for everyone. Like Jara, she cautions travelers to consume the tea in the context of a sacred ceremony with experienced shamans who were referred by trustworthy people. She also maintains that the participant must have a good intuitive feeling about the shaman.

It is important to note that certain foods do not mix well with MAOIs. For this reason, it is imperative that individuals check with experienced guides who are aware of the dietary restrictions and any additional risks.

“It is not just the Ayahuasca tea that is healing, but especially the shaman’s intentions and the songs of healing that they are singing. The Ikaros are powerful healing sounds,” Kruszewska said. “Safe places like the Temple of the Way of Light will check on your safety and make sure you can safely participate.”

Many have praised the plant medicine for helping them to bury their demons and achieve self-actualization. Ayahuasca’s reported ability to soothe souls and replace darkness with self-love should be weighed against the possible dangers. Any decision to participate in the ceremony should be viewed as a calculated risk.

The Amazon Rainforest may be a natural pharmacy producing plants of empowerment, but for now, issues surrounding the promotion of drug tourism and the legality of psychotropic effects remain insoluble. Regardless, it is clear that for Kruszewska, this drug has indisputably made a life-changing difference.

“I feel I am healing myself with the insightful and honest help of this plant in the context of the ceremony,” Kruszewska said. “The subsequent ceremonies a year later in Peru were more difficult. They felt more like deep, personal therapy where I had to deal with the death of my parents, with parts of my childhood… Self-work had begun there. And it is still beautifully unfolding a year and a half later.”