Now reading: Chicken outbreak poses threat to American tourists, but not to the United States 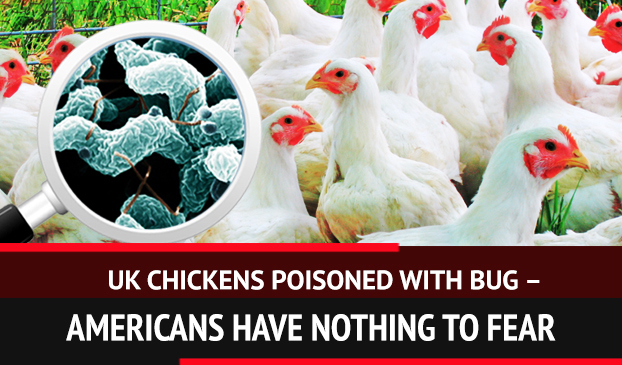 If you’re planning a vacation to the United Kingdom, be careful of what you eat.

That’s right. The food in Europe is usually known for being fresh and safe, but right now, there’s a bug going around. About three-quarters of chicken on grocery store shelves is contaminated with the food poisoning bug called campylobacter, which is currently the biggest cause of food poisoning in the U.K.

A recent study conducted by the Food Standards Agency shows the bug is at its highest rate. About 280,000 get sick from the bug each year, and experts say the amount of campylobacter present in whole chickens and their packaging has not been reduced since the 65 percent contamination rate in 2009.

Another FSA study of 4,000 samples shows major food providers have failed to lessen the prevalence and levels of campylobacter contamination during the survey period of over a year. Now, a follow-up survey will take place to test how effective the attempts to end the spread truly are.

For those consuming chicken in the U.K., be sure to carefully store it, prepare it, and then cook it thoroughly. However, if you’re buying your chicken in the United States, you have nothing to fear. Birds on this side of the ocean are free from the bug, so feast as you will.