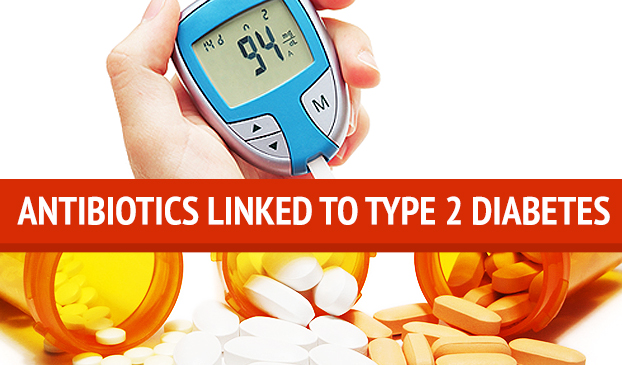 Danish researchers found that increased antibiotic use may be tied to a higher risk of developing type 2 diabetes.

Although most doctors agree that obesity, genetics and inactivity play a role in the development of diabetes, health professionals have yet to discover the true cause.

A new study illustrates that Type 2 diabetes, the most common form of the metabolic disease, may be linked to antibiotic use.

According to Danish researchers, antibiotics may negatively influence gut bacteria, which would impact the body’s natural glucose tolerance and management abilities.

The frequent overprescription of antibiotics could play a role in the widespread issues such as insulin sensitivity and weight gain.
Image: Biotiful Dairy

In 2013 it was estimated that over 382 million people throughout the world had diabetes. About 90 percent of cases are diagnosed as type 2.

In 2012, Danish researchers conducted a correlational study that included 170,504 patients with Type 2 diabetes. The researchers matched these cases with 1,364,008 control subjects without diabetes. Through government databases, researchers analyzed the amount of times the participants used antibiotics for the last 13 years.

A definite link between antibiotics and diabetes has not yet been confirmed despite a clear correlation in the study. Researchers will continue to learn about the effects of antibiotics on the gut and metabolism.
Image:Raw Story

The research concludes that insulin sensitivity may be caused by how the body reacts to antibiotics. Antibiotics may disrupt the natural flora in the gut, which could influence the metabolization of glucose.

Gut flora is part of a complex community of microorganisms that live in the digestive tract. It is an important part of human health.

“In animal studies, antibiotic treatment has been shown to affect glucose and insulin metabolism,” said the lead author, Dr. Kristian Hallundbaek Mikkelsen of the Center for Diabetes Research at Gentofte Hospital in Copenhagen.

“What we see in animals may be happening in people, and if so, then there are more good reasons to be strict about antibiotic prescription policy,” she said.

Although reverse causation is a possibility, the increased risk was visible up to 15 years before a diabetes diagnosis. According to the study, the results call for new investigations of the long-term effect of antibiotics on lipid and glucose metabolism and weight gain.

“In particular, we suggest investigation of commonly used narrow-spectrum penicillins because these drugs are frequently prescribed and showed the highest OR for type 2 diabetes risk,” the study said.