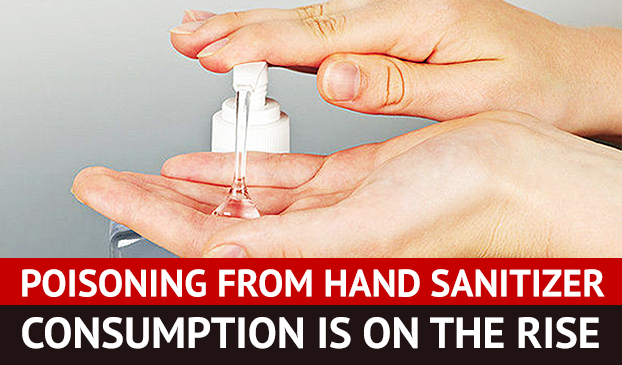 Hand sanitizer is innovative. It’s a quick and easy way to keep germs at bay. But if ingested by children, the disinfectant can be very dangerous.

Since 2010, poison control centers report a 400 percent increase in the amount of children aged 12 and under who are becoming ill from consuming hand sanitizer.

The Georgia Poison Center has analyzed call data from poison control centers across the nation. Representatives from the center found a 400 percent hike in the amount of calls related to hand sanitizer poisoning.

Hand sanitized contains 45 percent to 95 percent alcohol, according to CNN. Alcohol poisoning can occur if just two or three pumps are consumed.

Children and toddlers are especially susceptible to the toxic effects of the popular germ killer.

Six-year-old Nhaijah Russell drank three or four squirts of hand sanitizer at school, which she said tasted like strawberries. Russell ended up in the emergency room, unable to walk or speak clearly.

Russell’s doctor, Dr. Chris Ritchey, told CNN that her blood-alcohol level was .179, which is twice the legal limit for an adult. The poisoning caused Russell to fall and hit her head, which prompted doctors to keep her over night to monitor signs of brain trauma.

It is important to note how much hand sanitizer is ingested. Smaller amounts may be less dangerous, but poison control should be contacted if any amount is ingested.

“A hand sanitizer pump dispenses approximately 2.5 mL of liquid. If one pump of a 62% ethanol-containing hand sanitizer was ingested by an average 2 year old weighing 15 kg (33 lbs), a blood alcohol level of 17.3 mg/dL would be expected, considerably below a toxic level of 80-100 mg/dL,” according to Texas Poison Control Network.

While older children may intentionally ingest hand sanitizer, it is unlikely that younger children are aware of the product’s alcohol content.
Image: Babble

Ingesting hand sanitizer is becoming a dangerous trend. While teens and pre-teens may be drinking it to get drunk, young children are unaware of what they’re consuming.

Lopez urges parents and teachers to keep hand sanitizer out of children’s reach, monitor its use, or switch to non-alcohol based products or sanitizing wipes.

Contact the American Association of Poison Control Centers at 1 (800) 222-1222 for more information.