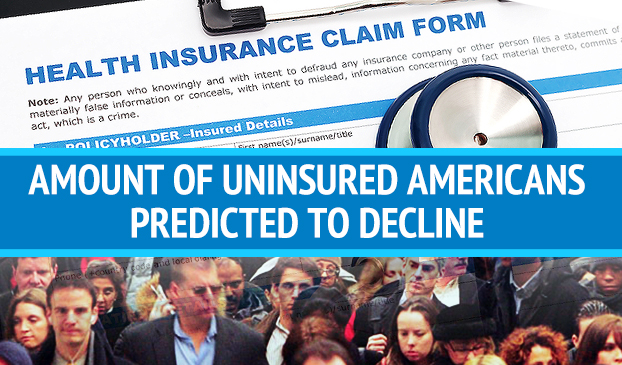 New census data shows the percentage of uninsured people in the United States has declined from 41.8 million in 2013 to 33.0 million in 2014.

The annual health insurance report was released last week, confirming the prediction that the number of uninsured people living in the United States had declined.

The report, released by the U.S. Census Bureau, generally matched other insurance-related surveys from the past year.

The policy changes that took place in 2014, including Patient Protection and the Affordable Care Act, extended health care coverage to millions of Americans.
Image: Hive Wallpaper

The report, released on Sept. 16, was based on survey data detailing changes in income, poverty level and insurance coverage in 2014. The data was gathered from the 2015 Current Population Survey Annual Social and Economic Supplement.

There was no significant difference in household income or official poverty rates since the last survey was conducted, but researchers did confirm the amount of people without health insurance has declined. The data was separated by age, household income, race and other demographics.

The 2013 report of Health Insurance Coverage In The United States showed that 42 million people, or 13.4 percent of the population, had no health insurance. In comparison, about 271.4 million people were covered. Out of the insured group, about two-thirds were privately covered by their employers or through the individual market.

The percentage of people with health insurance in 2014 was 89.6 percent, higher than 86.7 percent in 2013. Employment-based insurance covered the most people, ranking at 55.4 percent, followed by Medicaid at 19.5 percent, Medicare at 16.0 percent, direct-purchase at 14.6 percent, and military health care at 4.5 percent.

The report includes data on the Affordable Care Act and how it has impacted the insurance market this year. The act has allowed 10 million people to attain coverage, in addition to the millions of Americans who received insurance through Medicaid.

“Over time, changes in the rate of health insurance coverage and the distribution of coverage types may reflect economic trends, shifts in the demographic composition of the population, and policy changes that impact access to health care. Several such policy changes occurred in 2014, when many provisions of the Patient Protection and Affordable Care Act went into effect,” according to the report.

There are a number of conflicting surveys that show millions remain uninsured or underinsured, specifically non-white populations.

From 2013 to 2014, the overall number of insured increased for all races. The increase was comparable for blacks, Asians and Hispanics at more than 4 percent.

In addition, the state of Texas housed the highest number of uninsured individuals at 19.1 percent. This may be because undocumented immigrants are still largely uninsured. Because of their status, they are ineligible to receive premium subsidies or buy on exchanges.

Although fewer people are uninsured, many may still be underinsured. While most plans pay deductibles and co-payments to cover preventative tests, some consumers are forced into high-deductible plans with a lot of out-of-pocket payments.

Trading a lower monthly premium for a higher deductible seems to be a trend, but high-deductible exchange plans still affect insurance affordability.

Experts were hopeful that the most recent census would show more individuals are covered, but there is no doubt that many Americans are still in need of health care or burdened by medical debt.