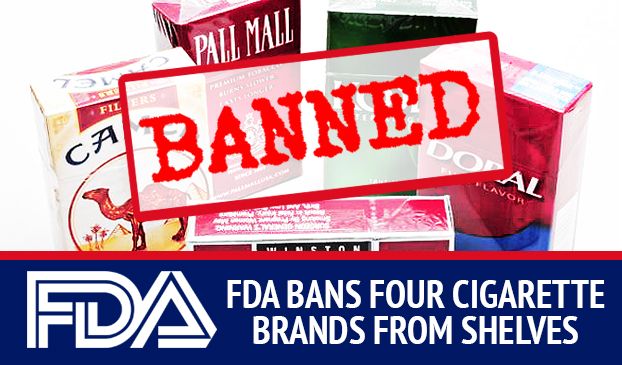 The FDA evoked the sale of four cigarette products manufactured by R.J. Reynolds.

The FDA, recently tightening its regulatory grip on cigarette manufactures, banned the sale of four kinds of cigarettes on Sept. 15.

The FDA Pulls Cigarettes Off The Shelves

The FDA ordered that four cigarette brands be removed from retails stores because they failed to achieve substantial equivalence status.
Image: Pipes Magazine

The Family Smoking Prevention and Tobacco Control Act of 2009 was passed to allow the FDA to deny cigarettes and other tobacco products that may pose a greater public health risk than comparable products on the market.

R.J. Reynolds released new products that were commercially marketed as of Feb. 15, 2007. In 2011, the company applied for substantial equivalence status.

To receive that status, R.J. Reynolds would have to provide evidence that the products didn’t raise new questions for public health. The company could also receive the status by proving the new products had the same characteristics as an existing product.

The FDA found that the four banned brands were not the same as their predecessors and questioned if the newer versions could be more harmful.

In the announcement, the FDA said that ingredients, engineering and chemistry of the products were analyzed. The agency also measured how these factors could influence cigarette toxicity, addictiveness and appeal to smokers.

For example, Camel Crush Bold cigarettes have a small menthol capsule in the filter, which might make the cigarette more appealing to consumers.

Matthew Myers, the president of Campaign for Tobacco-Free Kids, said the products “deliver menthol differently and at higher levels, have added sugars and other sweeteners, new filters, and tested differently for harmful and potentially harmful constituents.”

Retailers have been told to immediately stop the sale of banned brands and dispose of them within 30 days. The consequence of noncompliance is financial penalties or criminal prosecution.

“These decisions were based on a rigorous, science-based review designed to protect the public from the harms caused by tobacco use,” Mitch Zeller, the director of the Center for Tobacco Products at the agency, said in statement.

A Response From R.J. Reynolds 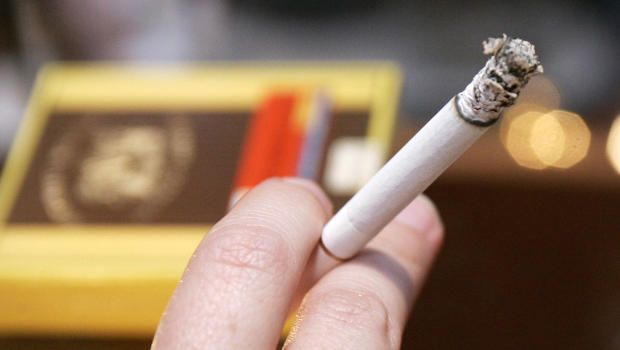 R.J. Reynolds claims that the FDA ban is unjust because the company successfully proved the substantial equivalence of their products.
Image: CBS News

The company gave a statement that asserted a strong disagreement with the decision.

“Our submissions to the agency on these brands were comprehensive, and we believe we effectively demonstrated substantial equivalence,” according to Jeffery S. Gentry, the company’s executive vice president for operations and chief scientific officer.

Financial services firm Cowen and Company said in a research note that the four banned products accounted for less than 1 percent of the company’s sales. It’s not likely that the action will have a serious impact on R.J. Reynolds.

The firm predicts that the company will file a legal injunction to suspend the action. The other option would be to pull the products before legally contesting the findings.

As the FDA increasingly wields its power, it’s interesting to reflect on the nation’s tobacco history. Gone are the days when cigarette companies could alter existing products and introduce new ones as they pleased.