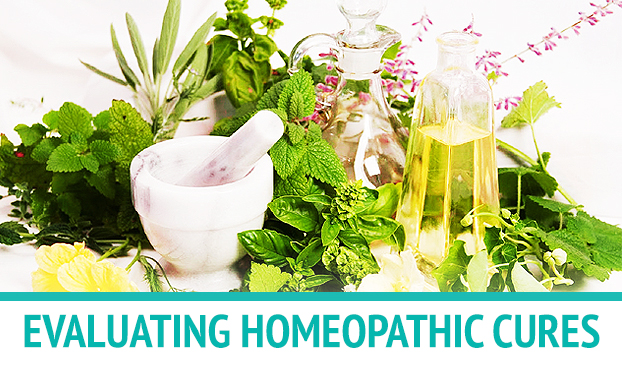 Homeopathic remedies are controversial, and it’s important to evaluate characteristics that differentiate these natural medicines from traditional scientific treatments.

Homeopathic remedies are becoming increasingly popular in both conventional pharmacies and specialty drugstores.

While some praise natural medicines as the purest kind of cure, others claim that science-based treatments are the only proven form of medicine.

Homeopathic medicines aren’t evaluated by the FDA for safety and effectiveness.
Image: Allergies and Your Gut

One of the biggest differences between homeopathic remedies and prescription drugs is FDA approval. The FDA is charged with evaluating the safety and effectiveness of each drug that enters into the conventional medical market.

Homeopathy encompasses ancient practices that are based on the idea that like cures like. On example is Allium cepa (red onion), which is used to treat allergies. Red onion causes irritated eyes and a runny nose, which makes it a possible remedy for these symptoms in the homeopathic school of thought.

The active ingredient in homeopathic medicine is often diluted. The technique is to dilute the ingredient as much as possible to gain the most benefit.

Some critics argue that diluting an active ingredient would make the treatment less potent, which means it would be less likely to work. These kinds of natural remedies don’t conform to scientific norms, making them highly controversial.

A Look At The Ingredients

The active ingredient in homeopathic remedies often comes from natural sources such as plants and animals. The derivatives are then mixed with lactose or sugar pills, topical creams or inhalable liquids. These ingredients can often be bizarre, including additives like snake venom, arsenic or even heavy metals.

Sometimes these ingredients can be dangerous to consumers.

In March 2014, holistic healthcare manufacturer Terra-Medica recalled 1,768 products of six homeopathic medications made by the firm Pleo Sanum after the FDA found that some variations might have contained the antibiotic penicillin.

These recalls are not entirely uncommon. In 2010, the FDA cautioned against using Hyland’s Teething Tablets. The pills may have possessed derivatives of the deadly nightshade plant. Also known as belladonna, deadly nightshade causes rapid heartbeat, fever and difficulty urinating.

Studying the Effectiveness of Homeopathy

Many scientists argue that homeopathy is no better at treating illness than placebos.
Image: Platform 505

Because natural medicines contain diluted active ingredients, health professionals have argued that these treatments work no better than placebos. The National Health and Medical Research Council reviewed 176 studies of homeopathic medicine and concluded that this hypothesis was true.

It argued that “there are no health conditions for which there is reliable evidence that homeopathy is effective.”

“Some trials done 20 years ago seemed promising,” said Adriane Fugh-Berman, M.D., an expert in botanical medicine and an associate professor of pharmacology at the Georgetown University Medical Center in Washington, D.C. However, newer experiments have found that homeopathy isn’t as effective as originally thought.

The labeling and advertising of homeopathic medicines are not subject to FDA scrutiny.
Image: Homeo Labels

Homeopathics are classified by the FDA as drugs, which means the labeling should disclose ingredients, provide detailed instructions and signify medical conditions that the product is meant to treat.  If the medication is made to treat a condition like cancer, it is necessary to get a prescription for the drug.

There is one big difference between prescriptions, over-the-counter drugs and homeopathic remedies. Homeopathics are not required to go through an FDA review that would evaluate the safety and effectiveness of each drug. These drugs are loosely regulated and lack a proven body of results.

But as more people purchase these alternative remedies, the FDA is prompted to pay more attention. The regulatory body is leaning towards evaluating homeopathic products while the Federal Trade Commission would monitor false and misleading advertising.

Regardless of the many critics, natural medicine is more popular than ever. According to the Nutrition Business Journal, Americans spent $1.2 billion on homeopathic drugs in 2014. The figure has grown 33 percent since 2000.