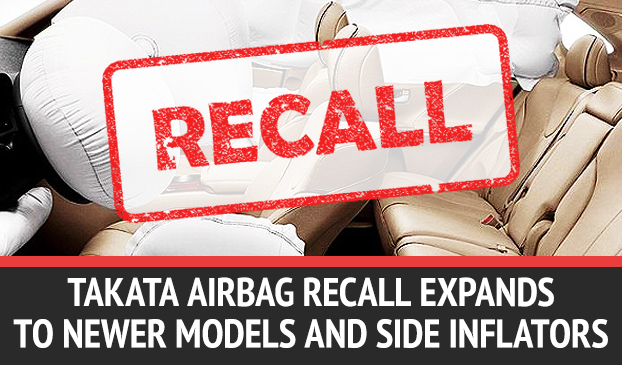 The Takata airbag recall, one of the largest in history, has expanded to include newer models and side door inflators.

If you thought the Takata airbag recall was bad news, brace yourself for the situation to get even worse. Investigators have discovered that more than just front vehicle airbags pose a danger to consumers.

The investigation has expanded to include side airbags that could potentially rupture and expel metal fragments. The pieces of metal strewn through the air could seriously injure passengers in both the front and back seats. Regulators have issued a recall of more than 19 million cars that have been sold by 12 automakers in the U.S. alone. The defective airbags have caused eight deaths and multiple injuries to drivers and passengers.

The recall originally focused on older vehicles with airbags that include metal casings to store propellant in the front seats. The expansion will include side airbag inflators in new vehicles manufactured in all model years.

The airbags are propelled by a chemical compound called ammonium nitrate. Any vehicles that contain this propellant are included in the investigation. The chemical changes as it gets older, causing it to burn differently.

“We believe that the reason these inflators are malfunctioning in this way has something to do with the type of propellant Takata is using and how Takata engineers it,” said Stephen A. Ridella, director of the safety agency’s office for vehicle crashworthiness research.

In the expanded recall, Volkswagen Tiguan 2015 models with side airbags manufactured by Takata are being called into question. General Motors had to recall almost 400 U.S. cars that also contained the defective side airbags. Chrysler said that an estimated 25,000 of their vehicles are affected.

Many other auto companies have yet to evaluate the extent of the damage. According to the agency, one in every ten ruptures causes a death. They cite more than 100 injuries believed to be linked to defective Takata airbag inflators.

The company released a statement about the investigation, claiming that it only applied to older models with airbags that had aged over time.

“While we are still investigating the cause of this malfunction, we believe it is unrelated to the previous recalls, which the extensive data suggests were a result of aging and long-term exposure to heat and high humidity,” said Jared Levy, a Takata spokesman. “We are cooperating closely with N.H.T.S.A. and the vehicle manufacturers.”

However, Senators John Thune and Bill Nelson of the Commerce, Science and Transportation Committee had something else to say. In a letter to Takata, they questioned the legitimacy of the statement and requested further proof.

“Takata has repeatedly emphasized the critical role long-term exposure of vehicles to high heat and humidity may play in ruptures of its ammonium nitrate-based inflaters subject to previous recalls,” the senators wrote. “This incident, however, involved a vehicle that was less than one year old.”

Takata patents illustrate that engineers knew about the dangerous caused when ammonium nitrate interacted with moisture and temperature. The staff members claim that they attempted to remedy the problem for two decades. Going even further, former Takata engineers tried to issue a warning about the effects of ammonium nitrate in the 1990s. 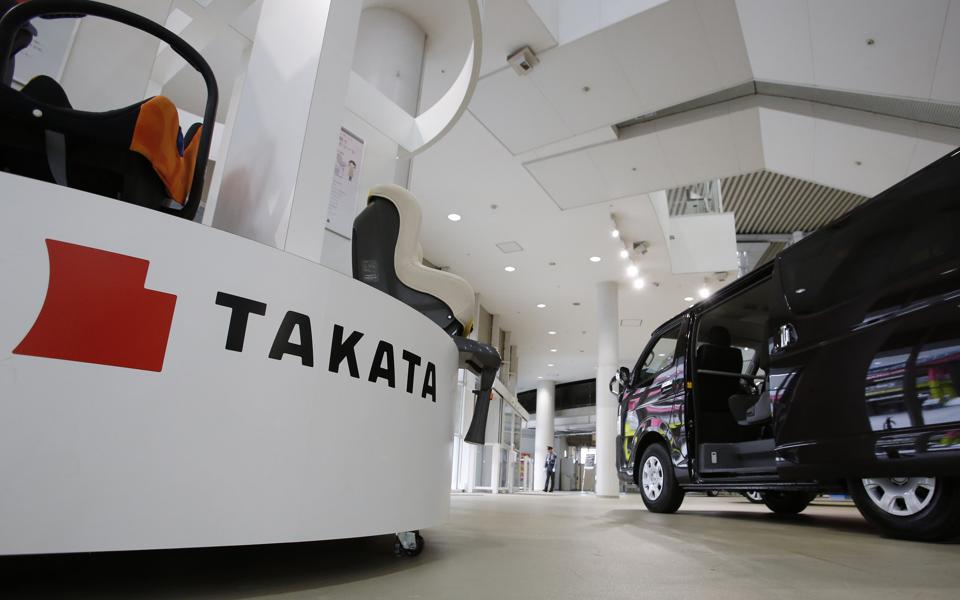 Takata is attempting to provide the parts necessary to repair the airbags in recalled vehicles.
Image: Oregon Live

The Takata recall is “one of the largest and most complex auto recalls in the nation’s history,” according to the New York Times.

Mr. Levy, a Takata spokesman, said that the company is attempting to provide the necessary repair parts to remedy the issues outlined in the recall.

“Takata continues to support all efforts to ensure the effectiveness of the safety campaigns, including significantly ramping up the production of replacement kits,” he said.

The U.S. government is planning to fine Takata $70 million for its negligent handling of defective airbags.