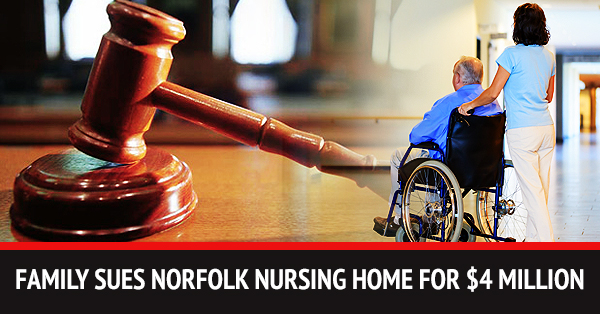 A Virginia woman has sued Sentara Life Care for neglecting wounds that allegedly led to the amputation of her grandmother’s leg.

During her time at the facility, Sherrod developed serious wounds that allegedly led to the amputation of her leg.

Although no amount of money will restore Sherrod’s extremity, the family is requesting $4 million in legal damages.

A Patient Neglected For Months

Sherrod’s family said that she was neglected for months, causing her injuries to worsen.
Image: Decubitus Ulcer Victims

In March 2014, a Sentara Life Care staff member attempted to change Sherrod’s sheets. While the linens were being yanked from under her, Sherrod fell to the floor.

Sherrod, unable to walk, is deemed incapacitated. The fall caused 13 wounds to her legs, feet, heels, and buttocks. She is physically unable to maintain the injuries on her own.

Sherrod’s family said her wounds weren’t properly treated. And as months passed, they began to worsen. Sherrod’s right leg had to be removed as a result of the facility’s negligence, according to Carmon-Rogers.

The Consequences of Understaffing

Carmon-Rogers believes her grandmother’s injuries were caused by a multitude of factors. However, she believes the primary reason for the worsening injuries leading up to the amputation is understaffing at the facility.

When a care facility accepts more residents than the staff can realistically handle, it creates a void in administrative checks and balances, follow-up wound management and essential supply maintenance.

During one visit, Carmon-Rogers even recalls having to provide bandages for her grandmother.

“I’ve expressed that to them this is a huge safety issue, when you have nurses here understaffed, overworking them and critical patients,” Carmon-Rogers told 13News Now.

Carmon- Rogers chose to take action against the alleged negligence, and her pursuits are effectively helping to spread awareness and save others from the same fate. One woman, Janice Johnson Palmer‎, was a patient at Sentara Life in 2014 for 11 weeks.

“The nursing care was minimal, it was understaffed and the few good staff overworked. It was such a bad experience,” Palmer said on Facebook. “I will NEVER go back there.”

If you or a family member experienced nursing home negligence, you might be entitled to compensation. Complete a free, no-obligation survey to learn more about legal action.