Now reading: Congressman Calls For Investigation Into Morcellation Side Effects 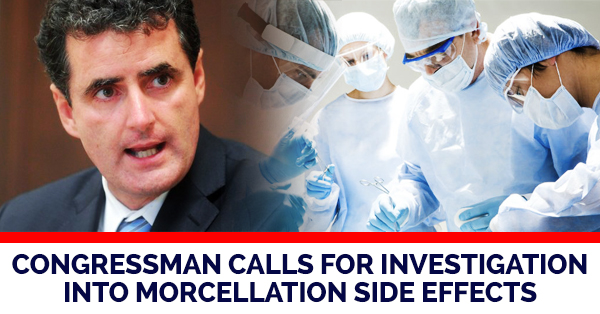 Congressman Fitzpatrick compels the FDA to investigate the safety of power morcellation and review the effectiveness of medical device reporting.

Pennsylvania Congressman Michael Fitzpatrick is calling for an investigation into the safety of power morcellators. The call to action comes after a number of women underwent morcellator surgery and later died from uterine cancer.

Power morcellators are used in an estimated 60,000 fibroid procedures each year. The “minimally invasive” devices remove fibroids with a cutting tip that can shred and spread undetected cancer cells.

Fitzpatrick compels the Food and Drug Administration (FDA) to investigate the morcellator manufacturer Ethicon, a Johnson & Johnson subsidiary, along with three hospitals that failed to report morcellator-related deaths.

Calling For A Criminal Investigation Into Morcellation

“OCI concentrates its resources on investigations of significant criminal violations that pose a danger to the public health,” according to the FDA website.
Image: CBS News

Fitzpatrick, a Republican who represents the 8th Congressional District of Pennsylvania, has been working to raise awareness about the dangers of power morcellators. The devices, approved through an expedited 510(k) process, were cleared for use more than two decades ago without a thorough clinical examination.

On December 18, 2015, Congressman Fitzpatrick wrote a letter to George Karavetsos, the director of the Office of Criminal Investigations at the FDA. The letter questions the effectiveness of the FDA’s Medical Device Reporting regulations, which “failed to catch the severe dangers posed to women’s health by morcellation.”

The Medical Device Reporting regulations require manufacturers and hospitals to disclose when a surgical  instrument “has or may have caused or contributed to the death of a patient.”

In the letter, Fitzpatrick directed attention to three hospitals that failed to report patient death related to morcellator side effects. Women who had morcellator procedures at Brigham and Women’s Hospital, Rochester General Hospital and University of Rochester Medical Center died from leiomyosarcoma within 1-2 years after surgery.

If there’s even a small chance that a medical device could have contributed to complications, hospitals have a legal obligation to contact the FDA within 10 days of a patient’s death. Medical device manufacturers, such as J&J’s Ethicon, are legally required to report device-related deaths within 30 days.

“In fact, the first time the FDA received a report of death or serious injury was neither from a user facility nor a device manufacturer. It was ‘from a physician citing the case of a family member who has a disseminated cancer that was suspected to have resulted from a procedure in which a power morcellator was used,” Fitzpatrick wrote.

“It should not have taken a family devastated by this device to raise the issue to the FDA. Had the regulations works [sic] as intended, it is likely many women’s lives could have been spared from the horrific consequences of morcellation.”

Shedding Light On The ‘Horrific Consequences Of Morcellation’

Fitzpatrick made it his mission to raise awareness about the risks of morcellation, which are touted as a non-invasive way to remove uterine fibroids.

Although the devices are able to minimize infection and reduce recovery time, it’s become increasingly clear that morcellation surgeries can activate and spread hidden leiomyosarcoma, endometrial stromal sarcoma or other uterine cancers.

“It appears that these patient safety regulations may not be working as intended, leaving patients in danger,” Fitzpatrick wrote in his letter. “As you may be aware, hundreds, if not thousands, of women are dead because of a medical device known as a laparoscopic power morcellator.”

Since the FDA first issued a morcellator safety alert in 2014, the devices have been identified as the culprit in wrongful death cases. More than 30 women diagnosed with late-stage cancer filed against the makers of the device. The lawsuits are condensed in multidistrict litigation 2652 that will be heard by Judge Kathryn H. Vratil in the U.S. District Court for the District of Kansas.

Women injured by morcellation have argued that they wouldn’t have agreed to the procedure if they had known about the risks. Attorneys question whether or not the manufacturers adequately warned patients about the potential consequences of morcellation surgeries.

If you developed cancer after having your uterine fibroids removed with a power morcellator, then you might be entitled to compensation for this medical side effect.