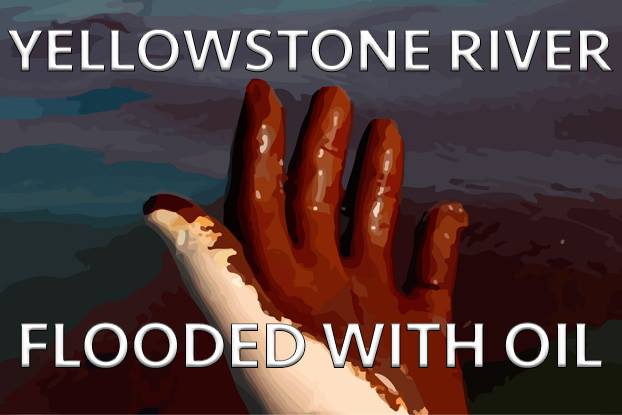 The Impact on Glendive Residents

Oil shone on the top of the water for dozens of miles. The small town of Glendive smelled of strong diesel. The local government told residents to avoid drinking the tap water because high levels of benzene contaminated the water supply. The municipal water plant cited that benzene levels were two to three times higher than what the Center for Disease Control considers a safe level to consume. This incident hurt many of those living in Glendive.

Residents flocked to their local grocery store and seized all of the remaining bottled water. Officials warned the town that it could be weeks before the water supply was safe to consume. It took Bridger Pipeline, the owner of the pipeline that burst, almost a week to bring in extra water for the citizens of Glendive.

The recent pipeline spill damaged many businesses in and around Glendive. The town benefits from the fish and farmland surrounding the Yellowstone River. The pipeline bursts changed the land forever by adding thousands of gallons of chemicals that are difficult and costly to clean up.

The Impact on Public Opinion

Following these two spills, many residents were concerned with the government’s recent approval of the Keystone XL Pipeline. The pipeline would be an extension of the current Keystone Pipeline, which would run over the Yellowstone River. Despite the opposition, some argue that the extension presents benefits for the members of the surrounding communities.

“The State Department has affirmed the safety of the Keystone XL Pipeline. It’s important this job-creating project is approved,” said Montana Senator Steve Daines in an article from Al  Jazeera.

While the new pipeline would be safer, nothing is perfect, and many are concerned that it will present just as many risks as the old one.

Building the Keystone XL Pipeline would undoubtedly produce jobs, but many residents in surrounding areas do not believe the jobs are worth the environmental risks and costs. The area of Eastern Montana has been a prime spot for many companies engaging in fracking. The practice reduced unemployment throughout Montana but has lead to significant environmental risks that some believe will contribute to climate change if the operation continues at its current rate.

President Obama has vowed to veto the extension of the Keystone XL Pipeline, but it is yet to be determined whether or not he will follow through with his promises. The town of Glendive will continue to struggle with these pipeline spills if more care is not taken to reduce them. The Keystone XL Pipeline will present a safer option, but it will not end the environmental and economic risks associated with oil pipelines.