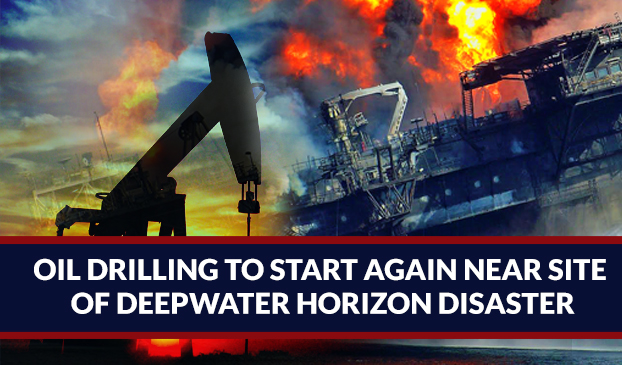 Can LLOG, the company beginning the drilling, handle a disaster?

Oil drilling is set to start again near the site of the BP Deepwater Horizon well, the disaster that happened five years ago. As you may remember, the catastrophe killed 11 people and caused a huge offshore oil spill off the coast of Louisiana.

According to federal documents, LLOG Exploration, a Louisiana-based company, has been approved to start oil drilling by both the Bureau of Safety and Environmental Enforcement (BSEE) and the Bureau of Ocean Energy Management (BOEM). The company plans to start drilling into the Macondo reservoir, which is near BP’s catastrophic site .

The vice president for deep-water projects at LLOG has assured that the company is committed to ensure that the unfortunate events that occurred on the BP site are not repeated. Investigators have since laid the blame for Deepwater Horizon on mistakes made in planning and also in the operation of the BP drilling rig. LLOG has promised to keep the disastrous events in mind as they prepare to start gulf oil drilling.

Critics fear that this is an unwise decision

Yet as the company prepares to start drilling at the fateful site, opinion is divided on whether this is the correct cause of action, given that memories of the BP disaster are still fresh in the minds of many. Richard Charter, an industry watchdog and member of the Ocean Foundation , has reservations about the scheduled start of drilling by LLOG. He explains that LLOG is relatively a small company that may not be quite up to the task, as deep-water drilling is an expensive and highly technical undertaking. Charter feels that LLOG does not have the financial resources to respond in case anything goes wrong in the drilling. It is his opinion that should an unfortunate event like the one that occurred at the BP oil rig, the company would be unable to cope and this responsibility would fall on American taxpayers.

While others feel that that there is nothing to fear

Those concerns have been downplayed by others. Eric Smith, who is an associate director of the Tulane Energy Institute, is of the opinion that the company is up to the task. He said that LLOG is well-financed and well-organized, with a demonstrated ability to drill in the area. Mr. Smith pointed out that in the last five years LLOG has successfully drilled eight wells in the Mississippi Canyon area. Investigations into the BP Deepwater Horizons rig disaster have been studied extensively by the company, and lessons learnt from them that have been integrated into the design of the planned operations.

What would happen if the drilling fails?

LLOG estimates that an uncontrolled blowout on its well would cause 20500 barrels of oil to be released into the sea every day, and it would take 109 days to contain it by drilling a secondary well to deal with the flow. The company also plans to use blowout preventers and containment systems to manage a spill.