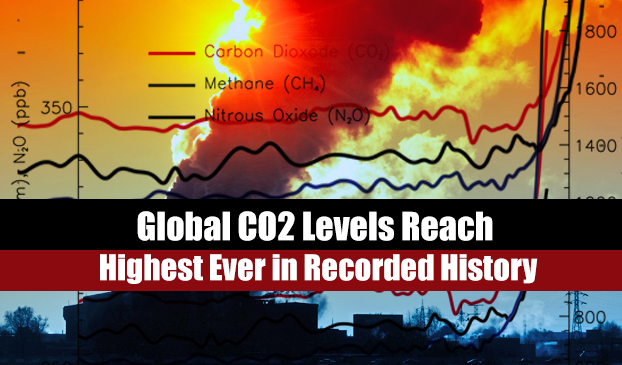 The last time planet Earth had so much carbon dioxide in the atmosphere was over one million years ago.

In March of this year, the concentration of global atmospheric carbon dioxide reached an average of 400.83 ppm (parts per million). These stats, courtesy of the National Oceanic and Atmospheric Administration (NOAA), say that this is the first time in recorded history that Earth has passed 400 ppm over an entire month’s time.

During the pre-industrial times the average was only about 120 ppm, meaning that in the last two centuries the global carbon dioxide level has increased by 3x. And even worse, half of that rise occurred between the 1980’s and now!

This unprecedented climate change  is cause for alarm. Consider that the last time planet Earth had so much carbon dioxide in the atmosphere was over one million years ago.

The NOAA’s report couldn’t have been released at a better time than this; a few months before UN’s Climate Change Summit to be held in Paris. Surely, something needs to be done and done quickly.