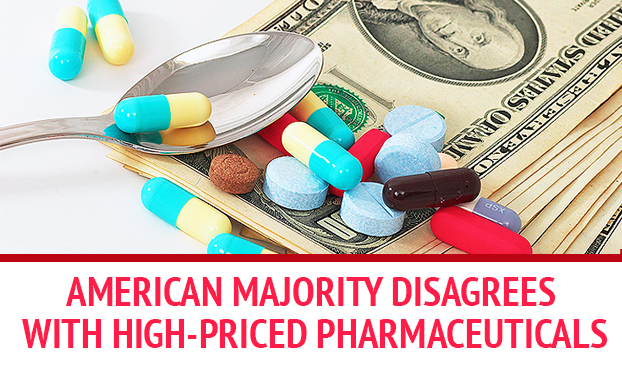 Hepatitis C is a blood-borne virus that infects, damages and causes cancer in the liver. But the good news is that a cure does exist.

The bad news is the pharmaceutical manufacturer of the Hep C treatment,  called Sovaldi, is charging $1,000 per pill.

About half of Americans report using prescription drugs. According to a new poll, Americans need these drugs and are fed up the with excessive, unfair pricing that runs rampant in the nation’s health care industry.

Unreasonable Prices From An Unlikable Industry

Health maintenance will always be a necessity, and so will the American pharmaceutical industry. Pharmaceuticals have the power to treat and cure illnesses that range from mild to serious, which means that the companies manufacturing the drugs have leverage to keep prices high.

But Americans are not oblivious. In fact, most are aware that pharmaceutical prices are much higher than they should be. In August, the Kaiser Family Foundation conducted a poll that found 72 percent think drug prices are unreasonable.

Out of the group that believes the cost of drugs should be lowered, 77 percent are currently taking pharmaceuticals. But 66 percent who aren’t using prescription drugs are also in agreement.

The polling shows that Americans are aware that pharmaceutical companies provide an important service. But that doesn’t mean the public has to like them.

However, 62 percent of Americans believe that drug companies play a pivotal role in bettering people’s lives.

There has to be a way to create balance between the consumer and the producer.

One proposed idea for lowering drug costs would be to allow medicare representatives to negotiate prices with pharmaceutical companies. 83 percent of Americans are in agreement with this option.
Via: KATV

As the presidential election draws near, candidates are speaking out about their opinions on prescription drug prices. Representatives from different political parties are in favor of lowering drug costs, but the way they plan to do it differs by partisan affiliation.

Republicans favor allowing market competition to regulate drug prices, whereas Democrats would prefer to look to the federal government for regulation. The public leans toward market competition, but only by 51 percent or a little more than half.

A few different strategies were included in the poll to introduce possible solutions and gather public attitudes on the current price reduction options. About 86 percent of Americans would like drug companies to provide information to consumers about how they set their prices, which would help to uncover the reasons why they’re so high. If there was an explanation as to why the drugs are so costly, working toward ways to lower the cost would be easier.

The poll addresses that it’s more difficult for sick and lower income individuals to afford pharmaceuticals. To combat that, more than 7 out of 10 people want to put price restrictions on expensive but life-saving drugs used for sicknesses like hepatitis or cancer.

In addition, 83 percent of Americans would like the federal government to negotiate lowered prices for people on Medicare. Allowing cost negotiations with Medicare is supported by the majority of both Republicans and Democrats, which means that it will be a likely and unarguable policy move.

Another option for lowering drug costs would be initiating a system of price choice that would be similar to the one already in place. People would be encouraged to buy cheaper drugs, but would have to pay more if they chose a similar, more expensive version. Only 48 percent of people are in favor of this option, which may be because it is similar to the generic medication options already offered. However, presidential candidate and Senator Bernie Sanders has been highlighting the rising price of generic drugs in his campaign.

Pharmaceutical companies aren’t looking forward to pricing restrictions, claiming that a more regulated marketplace would place limits the amount of new drug discoveries and sponsorships. But more affordable drugs would benefit the public as a whole.

Pharmaceutical companies should repeat this mantra: people over profits.