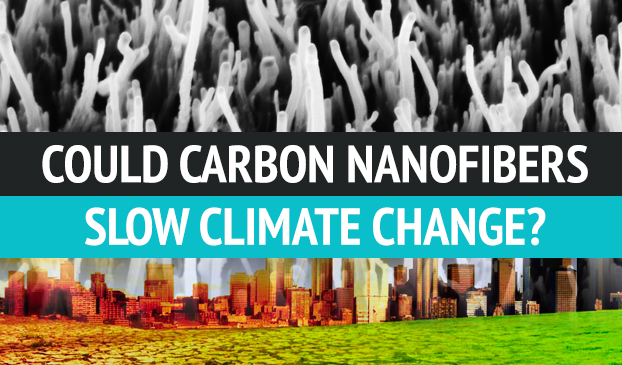 Residue from carbon dioxide can be converted to carbon nanofibers to slow the progression of global warming and benefit industrial science.

Climate change predictions are pretty grim, but a new invention could help to change that bitter future.

Researchers from George Washington University have invented a solar-powered process that could convert carbon dioxide pollution into carbon residue, which could then be used to create carbon nanofibers.

Carbon nanofibers are lightweight structures that are commonly used in technologies like iPhones. Ideally, if the materials were less expensive, they could be beneficial to building larger innovations such as spaceships and airplanes.

The overall hope is to be able to grow the system to pull carbon dioxide out of the atmosphere, which would slow climate change and progress industrial science forward.

According to the EPA, the extent of future climate change will depend on what we do now to reduce the effects of global warming.

Check out the detailed description of the process from Discovery News.