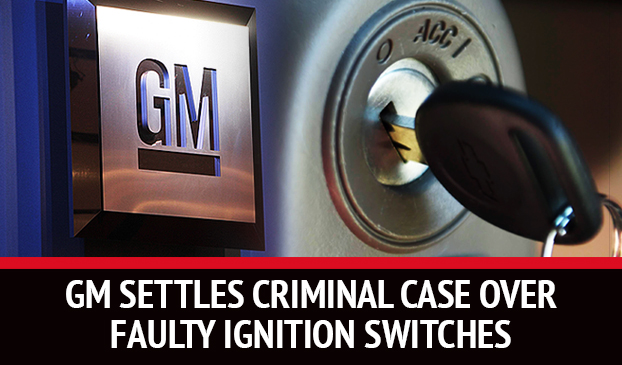 General Motors settled a lawsuit over the failure to disclose faulty ignition switches that affected over 2.6 million cars and killed 124 people.

General Motors and the Justice Department have finally reached a settlement after the company recalled 2.6 million vehicles with faulty ignition switches in 2014.

GM admits to knowing about the defects but still allowed the cars to be to be sold, despite the dangers. The faulty ignition switches haver reportedly caused 124 deaths and 273 injuries.

A criminal case was brought against GM for failure to obey federal laws that require a transparent disclosure of safety problems. Prosecutors said the company knew about the defects for over a decade before coming clean.

GM will pay the Justice Department $900 million in fines. Almost 1,000 civil and class-action lawsuits have also been settled, with $575 million budgeted for private lawsuits. Many victims are upset that individual employees aren’t being investigated, prosecuted and fined.

The company launched a GM Ignition Compensation Claims Resolution Facility website to assist customers with replacing the faulty ignition switches. The worst scandal in the company’s history may finally be settled.