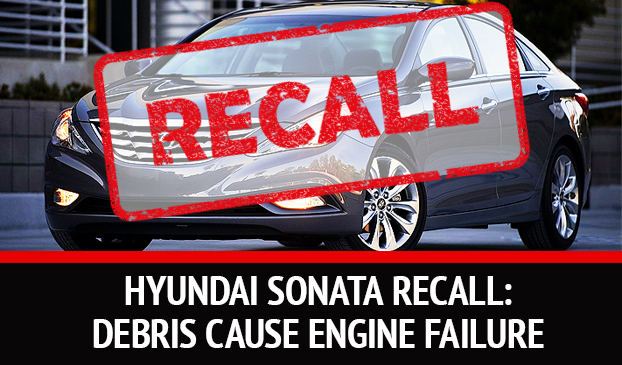 Hyundai is recalling almost half a million Sonatas built with metallic debris that may restrict oil flow and cause the engine to fail.

The issue was caused by an assembly line error at a manufacturing plant in Alabama. Debris that weren’t fully removed from the engine could potentially restrict oil flow and cause the vehicle to stall or fail.

Although Hyundai is Korean-owned and operated, more than half of vehicles sold are made in the U.S.
Image: News Net

The defective models are equipped with 2.0 or 2.4-liter direct injection gas engines. The engines contain metal debris that were meant to be removed.

There have been no reported injuries thus far, according to the National Highway Traffic Safety Administration. The administration estimates that only 2 percent of the 2011-2012 models are equipped with engines that have the potential to stall.

Read the letter from the NHTSA to Hyundai here.

Hyundai will notify drivers who need to have their vehicles inspected. The group will replace defective engines if necessary. The fix will be free of charge.

“Additionally, Hyundai Motor America will increase the warranty for the engine sub-assembly (short block) to 10 years/120,000 miles for both original and subsequent owners of 2011 and 2012 Sonatas manufactured at Hyundai Motor Manufacturing Alabama equipped with 2.0 and 2.4-liter Gasoline Direct injection engines,” the report said.