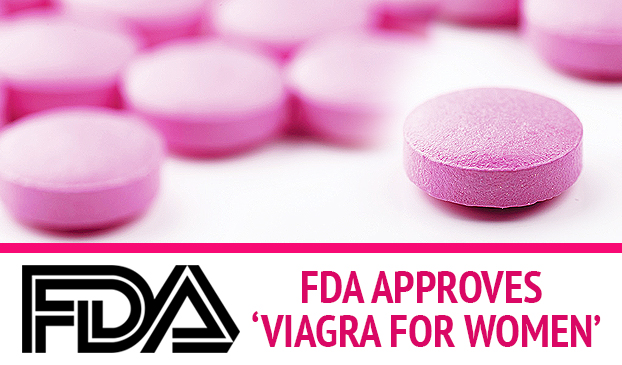 Addyi, a once-daily pink pill that treats hypoactive sexual desire disorder in women, will be released on Oct. 17.

Medical professionals and gender equality advocates are making sure the female sex life is finally being addressed. Addyi, a pink pill created by Sprout Pharmaceuticals, focuses on reviving a woman’s sexual desire.

After multiple rejections and criticism from the medical industry, a powerful lobbying campaign prompted the FDA to finally stand behind Addyi.

The Story Behind ‘Female Viagra’ 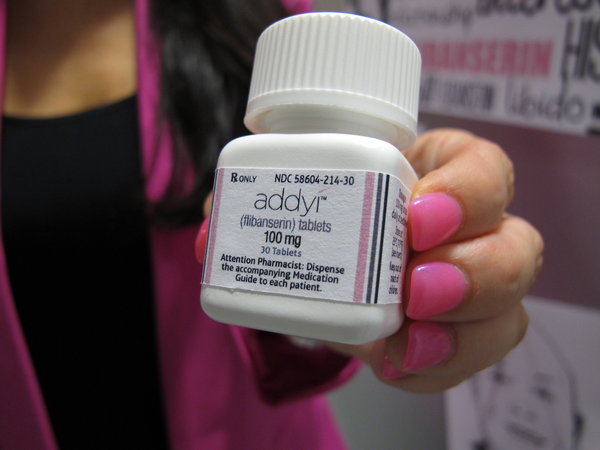 Sprout Pharmaceuticals is a company “committed to breakthrough firsts in women’s sexual health.” About 7 percent of premenopausal women have hypoactive sexual desire disorder (HSDD), a condition that causes severe distress but is largely ignored by the medical community.

Addyi, also called flibanserin, is the first drug to treat a biological lack of sexual desire not attributed to factors like disease, side effects from medications or a flailing relationship. Taken once daily before bed, the 100 mg tablet works by regulating levels of dopamine and serotonin in the brain.

In 2010, Sprout bought Addyi from another manufacturer and began developing it. The pill was rejected by the FDA unanimously that same year and again in 2013.

The company partnered with women’s activists to launch a lobbying campaign that situated Addyi directly in front of the FDA. However, the opposition claimed that Sprout was using its buying power to influence a decision about a drug that shouldn’t be on the market.

Critics argue that the drug has few benefits and could be potentially dangerous.

“This is a product that is neither very effective nor particularly safe,” Dr. Susan Wood, a former FDA official now at George Washington University, told NBC News.

“It won’t benefit many women and at the same time the approval comes with a lot of restrictions, setting a precedent that a drug for women’s sexual health has to be treated in a very special way,” Wood said.

A Push To Even The Score 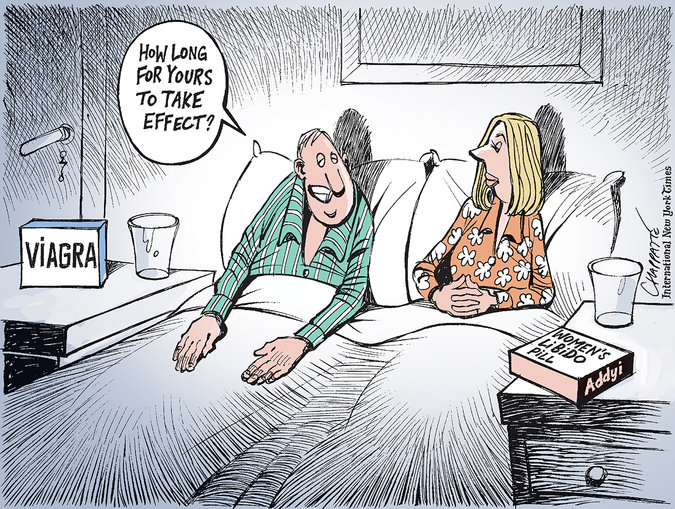 Nearly one-third of women aged 18 to 59 suffer from a lack of desire to have sex, according to WebMD.
Image: Patrick Chappatte

Gender equality activists have taken a few different avenues to push the drug through the approval process. The campaign generated a petition, called Even the Score.

Organizations such as the National Council of Women’s Organizations, the Black Women’s Health Imperative, Jewish Women International and some medical groups like the Association of Reproductive Health Professionals showed their support by reaching out to Congress about the drug.

“This is the biggest breakthrough for women’s sexual health since the pill,” said Sally Greenberg, executive director of the National Consumers League.

A major tenet of the campaign is the need for a level playing field. By approving a drug that was similar to Viagra and other men’s libido pills, the FDA would provide equal options for both sexes suffering from a lack of sexual desire. In addition to Viagra, men have six other options to treat sexual dysfunction.

“Today, we write a new chapter in the fight for equity in sexual health,” according to Susan Scanlan, chairwoman of the Even the Score campaign.

However, the FDA claims no gender bias exists. Viagra treats erectile dysfunction, not low sexual desire. The campaign collected more than 60,000 signatures to demonstrate the extent of the desire for the drug.

“The unmet need seems to be so strong that even for a drug with rather modest benefit, I think approving the product with strong limitations seems to be the right step at this point,” said Tobias Gerhard, a committee member and expert on drug safety at Rutgers University in New Jersey.

Female Sex Drive On The Move

Sprout has been purchased by Valeant Pharmaceuticals International with the intention of going global.
Image: NY Post

In June, Addyi was approved with an 18-6 vote by an advisory committee to the Food and Drug Administration. The FDA followed suit on Aug. 18, with specific attention to limiting risks and overuse.

Addyi has a boxed warning included on its label, which prohibits use with alcohol. If combined, Addyi and alcohol can increase the risk of low blood pressure and fainting. A few other drugs are also off limits, and people with liver impairment are excluded from prescription.

Doctors may be required to receive a certification to prescribe the drug that includes a presentation and comprehension test. The drug could cause potential side effects such as high blood pressure, fainting, nausea, dizziness, somnolence, fatigue, insomnia and dry mouth. Hypotension, syncope and central nervous system depression are also possible risks.

Recently, Valeant Pharmaceuticals International purchased Sprout for about $1 billion. It seems that Valeant is excited to be a part of the breakthrough by assisting in the development of medications that are tailored to women.

“We applaud the efforts of the Sprout team to address this important area of unmet need and look forward to working with them to bring the benefits of Addyi to additional markets around the world,” according to J. Michael Pearson, CEO at Valeant.

Cindy Whitehead, the chief executive of Sprout, hasn’t given a prediction about the sales of Addyi. The drug will be available starting Oct. 17.

Although it’s not clear if insurance companies will pick up Addyi, the price will be equivalent to the cost of male erectile dysfunction medication.