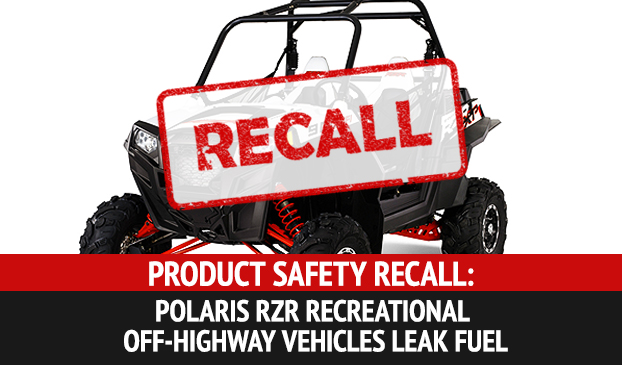 Polaris is recalling more than 50,000 ROVs with an impropetly routed fuel line that could leak fuel and cause the vehicle to catch fire.

The fuel vent line is a misrouted and becomes pinched and spills fuel. Free-flowing fuel is a dangerous fire hazard. According to CSPC, the following models are being recalled:

The company was notified of four RZR 900s vehicles with fuel leaks, in addition to two fires. Only one consumer was injured, reportedly receiving minor burns.

For the RZR 1000s models, 25 vehicles had fuel leaks. No injuries have been reported in relation to the RZR 1000s.

“At Polaris, making great products is not just a job – it is a way of life,” according to the Polaris website.
Image: Sleddar

Owners of the affected ROV models should immediately stop driving the vehicles and bring them in for repair. The vehicles should not be used until the problem has been fixed.

Polaris will contact customers directly and send recall letters to each registered owner. However, consumers are encouraged to contact dealers for a free repair.

Contact Polaris toll free via phone at 888-704-5290 or online at www.polaris.com and click on Product Safety Recalls for more information.