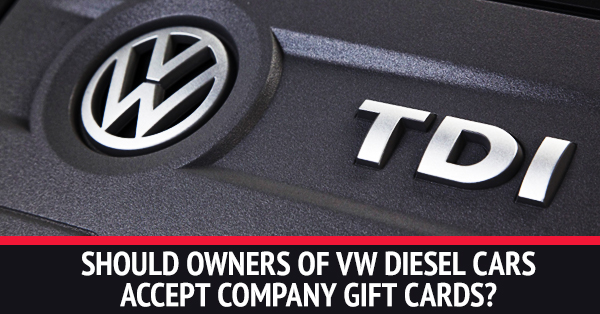 As the ashes of Volkswagen’s dieselgate scandal continue to smolder, the billion dollar automaker announced a “Goodwill Package” that will serve as a consolation for customers who purchased affected vehicles.

However, lawyers are cautioning against accepting the two $500 gift cards. Agreeing to the package may, in turn, strip customers of their rights to pursue legal action. 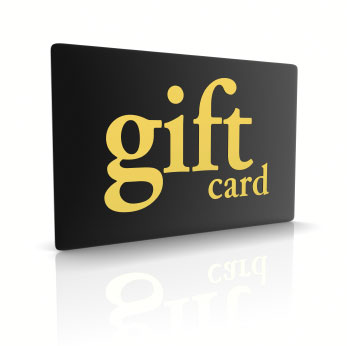 In September, Volkswagen became the subject of a worldwide scandal after the company admitted to installing a cheating device in its diesel cars. The software, installed in vehicles with 2.0-liter engines such as the Audi A3, Beetle, Golf, Jetta, and Passat, was able to produce a fraudulent result on emissions tests.

The company has generously offered to provide a reward for customers duped by the cheating software. However, attorneys, concerned by the ramifications the offer, are warning patrons to be wary of the underlying consequences of the agreement.

One of the cards may be used as a credit at any VW dealership while the other can be allocated to whatever the heart desires. W`ith any offer, it’s important to read the fine print.

To receive the gift card, customers affected by the dieselgate scandal will have to sign a form that waives any legal right to a trial by jury.

“In the event of any dispute or claim relating in any way to to this agreement, customer agrees that such dispute shall be resolved by binding arbitration with the American Arbitration Association, utilizing the rules and procedure of such arbitration service, further, any such arbitration shall take place in Sioux Falls, South Dakota and the laws of the State of South Dakota shall apply,” according to the agreement’s fine print.

About 350 lawsuits have been filed against Volkswagen in the United States. If you purchased a VW vehicle model included in the scandal, you may be entitled to legal compensation that could exceed the $1,000 credit offer.

Complete a short survey to find out if you qualify for compensation.